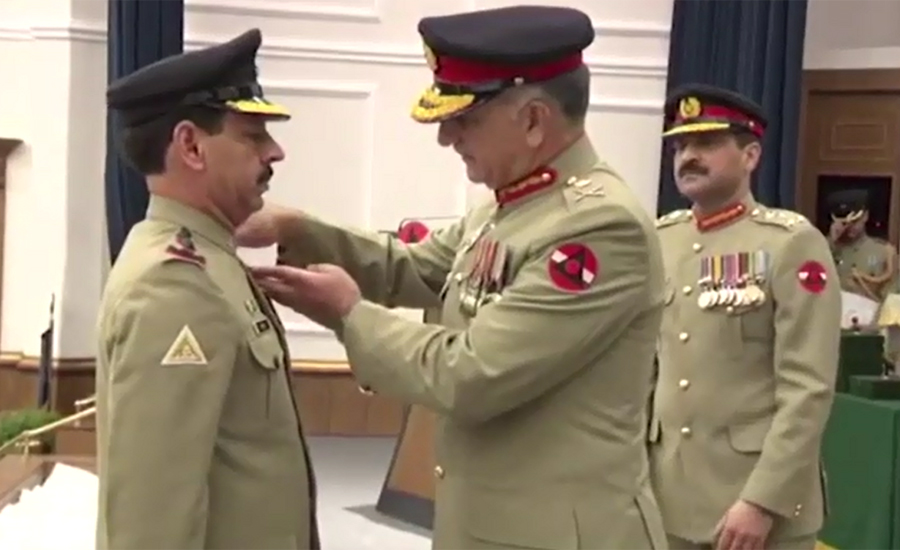 PESHAWAR (92 News) – A ceremony was held at Corps Headquarters Peshawar to confer awards on army officers on Monday. According to the ISPR, eight officers were awarded Sitara-i-Imtiaz (Military), 15 Tamgha-i-Imtiaz and 24 Tamgha-i-Basalat The martyrs’ awards were received by their relatives.