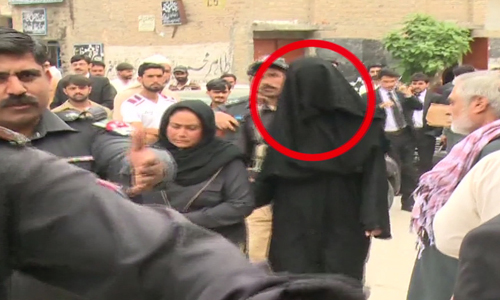 RAWALPINDI (92 News) – Supermodel Ayyan Ali’s remand was extended in the money laundering case for another 14 days by Rawalpindi court on Saturday. The supermodel reached the court clad in a Burqa and restrained any talk with the media. Earlier, Ayyan was arrested at the Islamabad Airport by Customs officials while attempting to board a Dubai-bound flight with $500,000 in her luggage on March 14. The officials had lodged a money laundering case against her and she was sent on a 14-day remand to Adiala Jail, Rawalpindi. She was to be presented before the court today (Saturday).