‘Azadi March’ led by Fazlur Rehman on its way to Islamabad

‘Azadi March’ led by Fazlur Rehman on its way to Islamabad

KARACHI (92 News) – The Azadi March led by Jamiat Ulema-i-Islam-F (JUI-F) chief Maulana Fazlur Rehman set out on Sunday afternoon from Karachi’s Sohrab Goth area towards Islamabad. Currently the caravan, comprising many political parties including the PPP, the PML-N, the Awami National Party (ANP), has been reached in Hyderabad. Thousands of people, including seminary students, are participating in the march. Besides JUI-F leadership, PPP leaders Raza Rabbani, Saeed Ghani, PML-N leaders Mohammad Zubair, Nihal Hashmi, ANP’s Shahi Syed and others, are onboard the leading container. “Azadi March” led by Jamiat Ulema-e-Islam-F (JUI-F) chief Maulana Fazlur Rehman started from Karachi. The caravan of Azadi March began after the address by Maulana Fazlur Rehman from Sohrab Goth. During the address, other political parties leaders were also present there. The delegations of PML-N, PPP and ANP were also reached in the march. The caravan will go towards internal Sindh and other parties will include in the caravan from different cities. The Azadi March will reach Islamabad on October 31. The stage will be set up in Peshawar Mor. According to the details garnered, the caravan lead by Maulana Fazlur Rehman will proceed to the Super Highway (M9) after smaller demonstrations will depart from the city’s six districts and gather at Sohrab Goth. 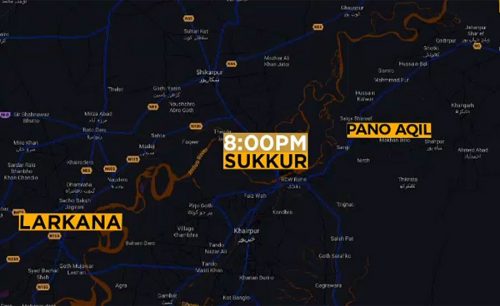 The Azadi March will officially begin after an address by Maulana Fazl at Sohrab Goth to show solidarity with the people of Indian Occupied Kashmir (Iok). A large number of buses and other vehicles have been hired to transport the participants of Azadi March. A senior party member said that the number of buses had already crossed 400. 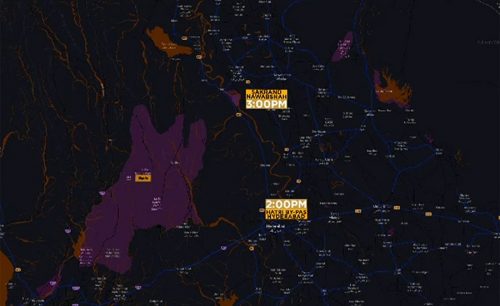 Venue of sit-in changes in Islamabad

The participants of Azadi March from across the country will gather near Tarnol before entering Islamabad on October 31. The venue has been changed for the sit-in in the federal capital and the stage will be set up in Peshawar Mor. The caravan of Pakistan Muslim League-N (PML-N) led by former Sindh governor Muhammad Zubair and Sindh party’s president Muhammad Shah also reached SOhrab Goth. On the occasion, the former governor said that they will fully support to march of Maualana Fazur Rehman. A day earlier, JUI-F secretary general Abdul Ghafoor Haideri has said that the meeting will be held at D Chowk at all costs. Talking to the media on Saturday, he termed the news about opposition’s willingness to hold the meeting at Parade Ground as fabricated and baseless. Nayyar Bukhari said that the government is spreading rumours about the meeting at Parade Ground. “The government has not contacted the opposition after the night,” he said. Earlier on Friday, the talks between the government and the opposition ended inconclusively after two rounds.

Maulana Fazlur Rehman tried to blame someone else for his failures: Shahbaz Gill