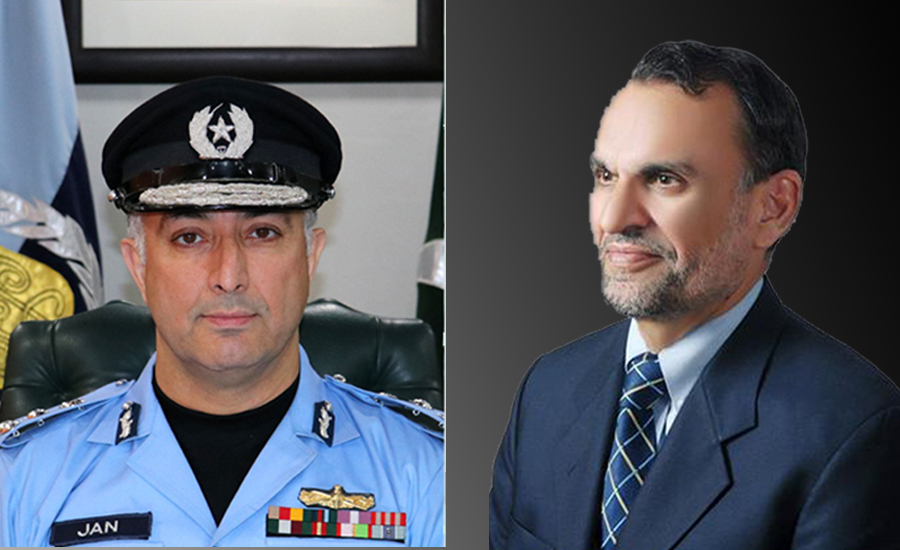 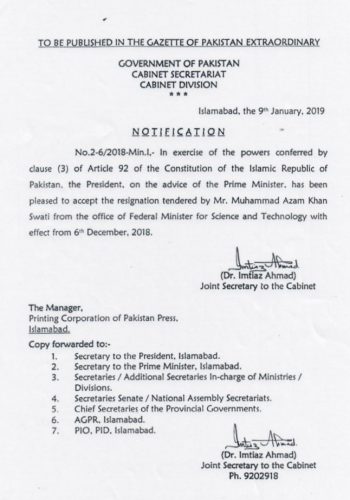 Hearing the Islamabad IGP transfer case yesterday, Chief Justice of Pakistan Mian Saqib Nisar remarked that former minister Azam Swati was counting days for his departure. The chief justice referred the issue of Azam Swati to the departments concerned. When the counsel Ali Zafar told the court that Azam Swati had resigned, the CJP remarked that the resignation of Swati had not been accepted. “Can a person getting neighbors arrested be honest and truthful? Why a case was not arrested against Azam Swati?” The CJP remarked that the court wants to strengthen the IG, but he shows weakness. “We may issue a strict order for the police. They try to save big politicians to save their jobs,” he remarked. The court assistant said that Azam Swati had assets beyond his source of income. “Criminal proceedings can be started against Swati for misuse of powers,” he said. The IGP was transferred soon after Swati’s son had registered a case against the slum dwellers for trespassing on his farmhouse and five people, including two women, were arrested after they were beaten up by Swati’s guards. However, they were released after a day’s detention following a settlement between the minister and the detained family.

The JIT in its report held Azam Swati responsible for “illegally” occupying the state land and forcing the Islamabad police chief to step down. It stated that the inquiry against Swati was linked to the situation that arose after the minister’s son had a case registered against a neighbouring family. The report, which has not been released publicly, also raised questions over the transfer of the IG by the government in the aftermath of the altercation. The Supreme Court had also directed the JIT to probe alleged misconduct on the part of Swati, besides examining the minister and his children’s assets and tax payments.

On December 6, Prime Minister Imran Khan accepted the resignation of Pakistan Tehreek-e-Insaf (PTI) Senator Azam Swati from the post of federal minister for science and technology.

On December 5, the chief justice has remarked that the Supreme Court will try Federal Minister for Science and Technology Azam Swati under Article 62(1)(f) of the Constitution.