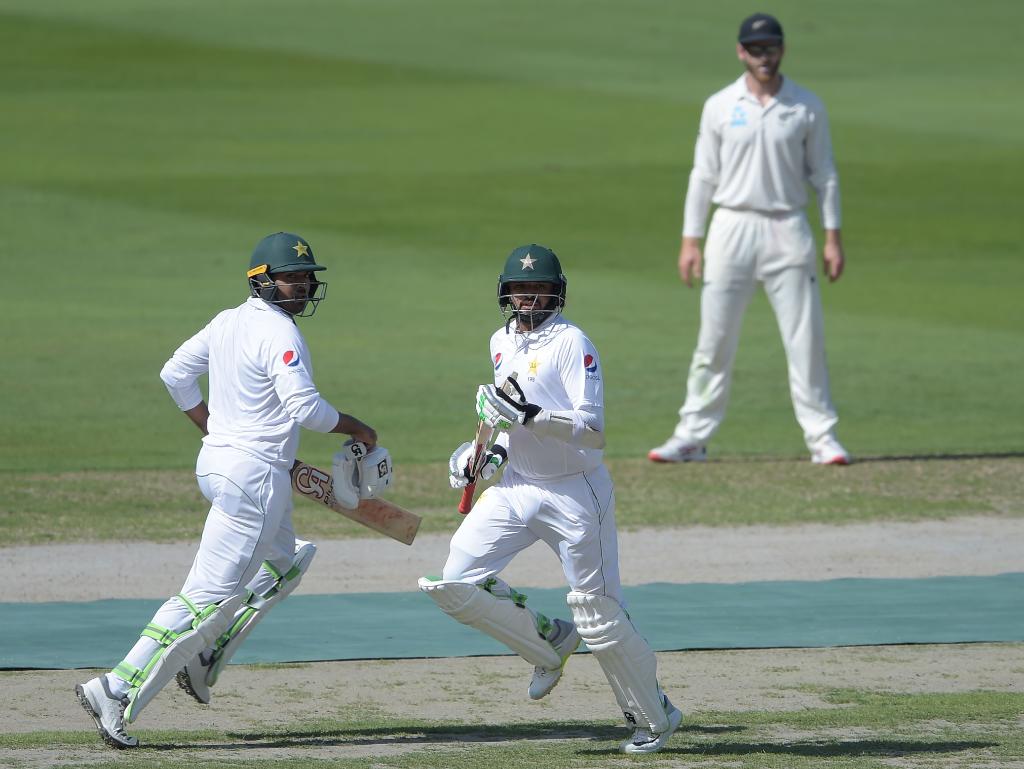 DUBAI (Reuters) - Azhar Ali and Haris Sohail scored half-centuries as Pakistan overcame a shaky start to reach 207-4 against New Zealand on day one of the second Test in Dubai on Saturday. Sohail was unbeaten on a patient 81 while Babar Azam was batting on 14 after New Zealand hit back in the final session to leave the contest at the Dubai International Cricket Stadium evenly balanced. Pakistan found themselves in a spot of bother at 25-2 within the first 10 overs after captain Sarfraz Ahmed had won the toss and elected to bat first. Azhar, who could not prevent a narrow defeat in the first Test despite a defiant 65 in the second innings, put on 126 runs with Sohail for the third wicket to leave Pakistan in control. But his run-out in the 71st over saw the New Zealanders spring to life and spinner Ajaz Patel, the hero of the first Test with a match haul of seven wickets, then sent back Asad Shafiq for 12. Sohail, who smashed 10 boundaries in his 240-ball knock, helped Pakistan to see off the second new ball and guided them to the close of play without any further hiccups. Earlier, New Zealand pacer Colin de Grandhomme had openers Mohammad Hafeez (9) and Imam-ul-Haq (9) caught by Tom Latham in the slips with a fine spell on a helpful morning wicket. While De Grandhomme made the early inroads, his pace colleague Trent Boult heaped the pressure on Pakistan’s top order with some incisive bowling and was unlucky not to be rewarded with a scalp of his own. Azhar hit seven boundaries and sent one over the fence as he combined with Sohail to grind out the Kiwi bowling, but perished in a mix-up as he approached what would have been a well-deserved century. New Zealand edged the first Test in Abu Dhabi by four runs to take a 1-0 lead in the series. The teams return to the same venue for the final match from Dec. 3-7.