Azhar becomes the man for all seasons at rainy MCG 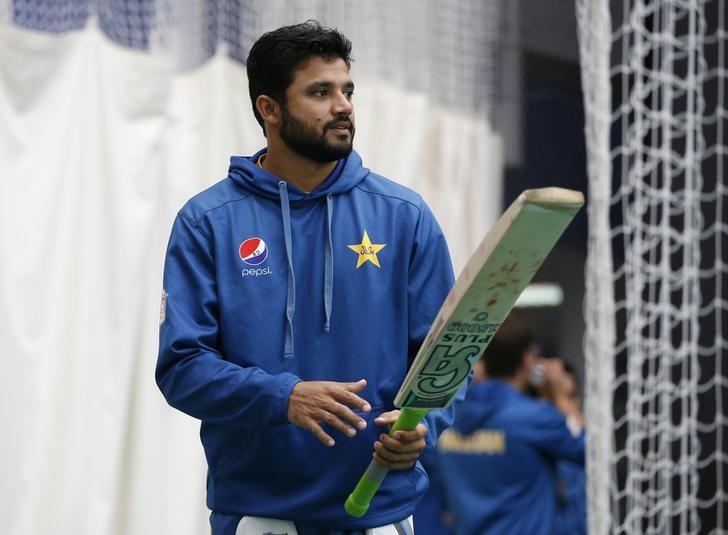 Azhar becomes the man for all seasons at rainy MCG

MELBOURNE - Pakistan's opening batsman Azhar Ali has rarely seemed a man in a hurry in six years of test cricket so it was fitting that his 12th century was eked out in fits and starts over two rainy days at the Melbourne Cricket Ground. Azhar's unbeaten 139 pushed Pakistan to 310 for six at the end of day two of the second test against Australia on Tuesday and was a triumph of patience and determination in the face of frustrating rain delays and a world class pace attack. The ton lifted the gritty 31-year-old past 1,000 runs for the year, a milestone shared by only four others from the south Asian nation. He is also within striking range of Majid Khan's 158 at the same ground in 1972, the highest score by a Pakistan player in Australia. The rain has crimped the tourists' hopes of forcing a result to keep the three-match series alive after their 39-run loss in the Brisbane opener. But Azhar may have at least won over more fans, having left some cold with his one-dimensional, blue collar batting style. He also boosted his claim to be a man for all surfaces. Having previously scored all his centuries on Asian pitches, Azhar's knock at the MCG added to the 139 he scored in Birmingham in August in a losing cause against England. "He was very committed, very determined ... from the first day as well," Pakistan paceman Wahab Riaz told reporters after his team mate's unfinished 287-ball knock. "We had a chat as well that he wanted to score a century and that he wanted his name on the board at the MCG." Azhar has proved a bugbear to Australia since his debut at Lord's in 2010, where he scored 16 and 42 but soaked up plenty of time at the crease. He scored back-to-back centuries in the Abu Dhabi test in 2014 to help Pakistan blank Australia 2-0 in the series. At the MCG, he was at his most stolid and frustrating on day one, and took over 90 balls before hitting his first boundary. But on day two he opened his shoulders against the ageing ball and sent a string of sublime straight drives thundering past Australia's hapless seamers. He was fortunate Nathan Lyon missed the stumps for a run-out chance when coaxed into a reckless single by Asad Shafiq, with whom he shared an important 115-run stand. Just before the morning drinks break, he had to lunge back to his crease when Shafiq smacked straight back at bowler Jackson Bird who got a hand to the ball before it clattered into the stumps. A third umpire review showed he was safe but the scoreboard flashed that he was "out", as if its operator was also weary of Azhar's resistance. The scoreboard was quickly amended, prompting groans from the home crowd and Azhar marched on. Rain forced a break and left him stranded on 96 but unfazed, he returned to tease two runs down the leg-side to bring up an assured and morale-boosting century. -Reuters