SYDNEY (ICC) - Pakistan Test captain Azhar Ali heaped praise on his team’s young fast bowling attack, and backed them to push the ceiling higher, as they bridge the gap in experience, after their opening defeat, by an innings and five runs, at the Gabba.

Between them, Pakistan’s main trio of fast bowlers, Shaheen Shah Afridi, Imran Khan and 16-year-old debutant Naseem Shah, have a combined experience of 15 Tests. They had their backs to the wall early, with Australia’s opening batsmen David Warner and Joe Burns putting together 222, but bounced back well late in the innings, as Australia lost their last seven wickets for 112 runs. While Naseem dismissed Warner for 154, Afridi accounted for Marnus Labuschagne, the top-scorer with 185, and captain Tim Paine. "The young attack has a lot of potential, but you can’t buy experience," Azhar said. "It’s never easy in a place like Australia. They started off little shaky, but they came back strongly the next day, even though the Australian batsmen were really set. They came back strong and kept bowling in good areas after that. I believe if they manage to do that from the start of the innings, they’ll be a totally different attack after that."

Dominant Australia lead series 1-0! A brilliant performance from the pacers guided the hosts to an impressive victory over Pakistan on day four in Brisbane. #AUSvPAK REPORT 👇https://t.co/S8vYXFOUZR

Reflecting on the Test itself, Azhar rued Pakistan being unable to capitalise on their early advantage. After winning a crucial toss, Pakistan kept Australia’s bowlers at bay in a wicketless first session, before losing four wickets for three runs. From there, they were left to play catch-up all through. Sent packing for 240 in the first innings, they conceded a 340-run first-innings lead and folded for 335 in their second dig, despite a gritty century from Babar Azam, and Mohammad Rizwan’s 95, as Australia’s fast bowlers tore through them.

When you play Test cricket in Australia, you cannot afford to go behind as it is very difficult to then catch up.

"When you play Test cricket in Australia, you cannot afford to go behind as it is very difficult to then catch up," Azhar said. “The way we won the toss and we played in the first session, without losing a wicket, that was an opportunity for us to go in front and take the initiative in the game. That chance we lost in the second session, and that made sure we could't reach the kind of total we needed to put pressure on them. "It’s not fair to raise too many questions over our batsmen this early on. At times, a player can have a tough test, but that doesn’t make him a bad player. I have full faith on all the batsmen that they can score runs here." 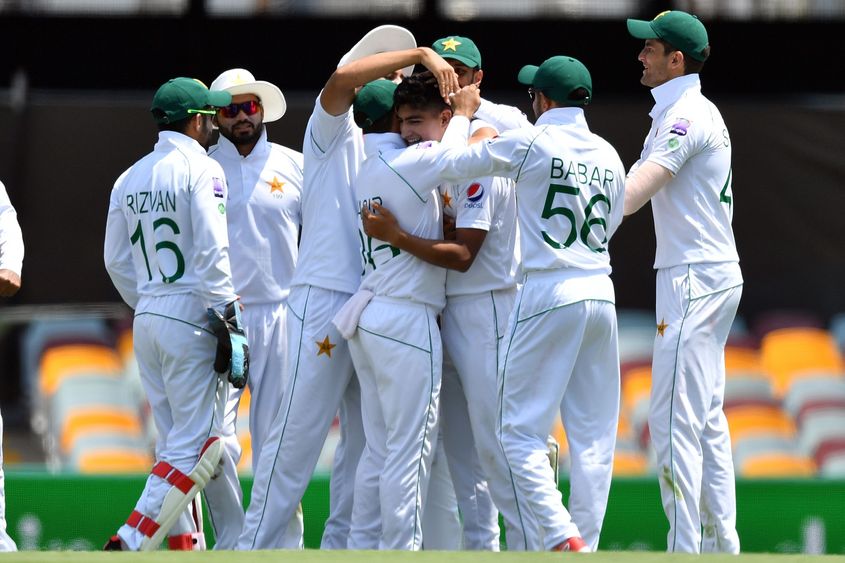 Azhar was impressed with Pakistan's young fast bowling attack
The defeat means that changes could be in store when the two sides meet next, at the Adelaide Oval, for the second Test, which begins on Friday, 29 November. Mohammad Abbas, the 29-year-old right-arm pacer, could get a look-in ahead of Imran. Fast-bowling coach Waqar Younis has already dropped hints in this regard, saying: "He’s [Mohammad Abbas] our main man and we’re going to have a really close look and, hopefully, once we get into Adelaide, we’ll think about it."

No neutral venue, teams will have to visit Pakistan for playing matches: Ramiz Raja