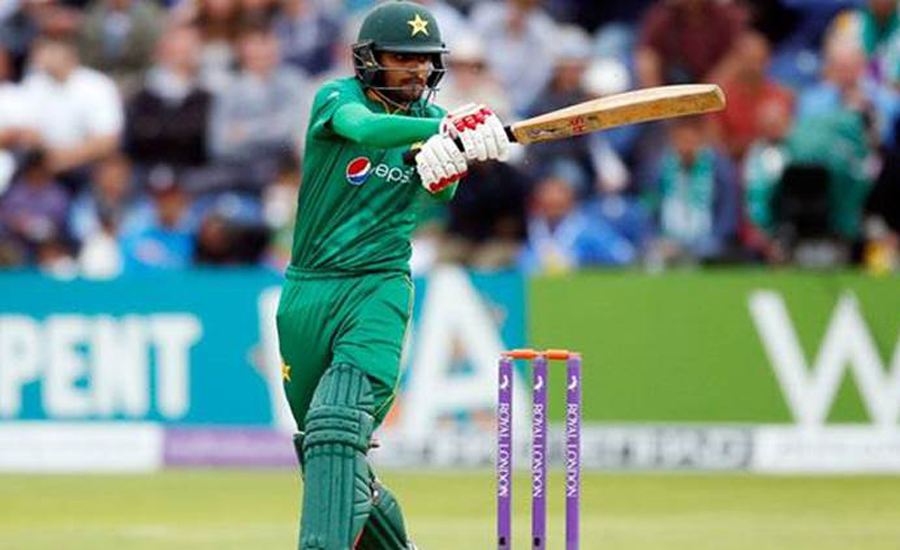 DUBAI (Web Desk) – Players from Pakistan and India have gained big points after their respective series sweeps against New Zealand and the Windies. The batting table is headed by Pakistan’s Babar Azam, who has gained 14 points following his series total of 126 runs, which has opened up the gap with Australia’s second-ranked Aaron Finch to 19 points. Hafeez was in sparking form with the bat against New Zealand and his series aggregate of 132 runs at a strike-rate of 145 has lifted him 16 places to 53rd spot in the batting chart. Other batsmen to make notable improvements in the latest update include Rohit Sharma in seventh (up by three places), Kane Williamson in 12th (up by three places), Shikhar Dhawan in 16th (up by five places) and Ross Taylor in 59th (up by five places). Pakistan and India’s identical 3-0 series wins mean they have gained points in the MRF Tyres ICC Men’s T20I Team Rankings, while New Zealand and the Windies have moved in opposite directions. Number-one ranked Pakistan have collected two points and number-two ranked India have pocketed three points, moving to 138 and 127 points respectively, while fifth-ranked New Zealand and seventh-ranked West Indies have ended up on 112 and 102 points respectively after dropping four points apiece. Kuldeep Yadav of India and Pakistan’s Mohammad Hafeez have been rewarded with big jumps in the latest MRF Tyres ICC Men’s T20I Player Rankings after they played key roles in their sides’ convincing victories over their respective rivals in the recently-concluded T20I series. Yadav picked up five wickets in two matches at an economy-rate of 5.6 in his side’s 3-0 win over the Windies. This has helped him vault 14 places to a career-high 23rd position in the bowling table. A number of bowlers have made notable upward movements. These include Faheem Ashraf in seventh (up by nine places), Imad Wasim in eighth (up by two places), Bhuvneshwar Kumar in 19th (up by nine places), Jasprit Bumrah in 21st (up by five places), Carlos Brathwaite in 29th (up by four places), Tim Southee in 36th (up by five places), Adam Milne in 40th (up by five places) and Hafeez in 59th (up by 20 places). Afghanistan’s Rashid Khan remains the number-one ranked bowler. He leads Pakistan’s Shadab Khan by 41 points, with England’s Adil Rashid in third position. There is no change in the top-four of the all-rounders’ list with Australia’s Glenn Maxwell leading the field. Mohammad Nabi is second, followed by Shakib Al Hasan and JP Duminy. Meanwhile, Australia will be involved in all four remaining T20Is later this month. They will play South Africa in a one-off match in Carrara on 17 November, before taking on India in a three-match series on 21, 23 and 25 November. If Australia win all four matches, then they will rise to second position on 126 points. However, if they lose all four matches, then they will end up in sixth position on 112 points. Similarly, South Africa will gain three points if they win on 17 November, while India will move to 129 points if they win all three matches against Australia. The T20I predictor function is available here, while the player rankings will now be updated at the conclusion of Australia versus India T20I series. MRF Tyres ICC Men’s T20I Team Rankings (as on 12 November, following India v Windies and Pakistan v New Zealand series)   *Nepal have 26 rating points but need to play one more match before being ranked (Developed by David Kendix) MRF Tyres ICC Men’s T20I Player Rankings (as on 12 November, following India v Windies and Pakistan v New Zealand series) BATSMEN (top 30) BOWLERS (top 30)   ALL-ROUNDERS (Top 10)   *indicates provisional rating; a batsman qualifies for a full rating after he has scored 600 or more runs; a bowler qualifies for a full rating after he has bowled 400 deliveries. !indicates career-highest rating