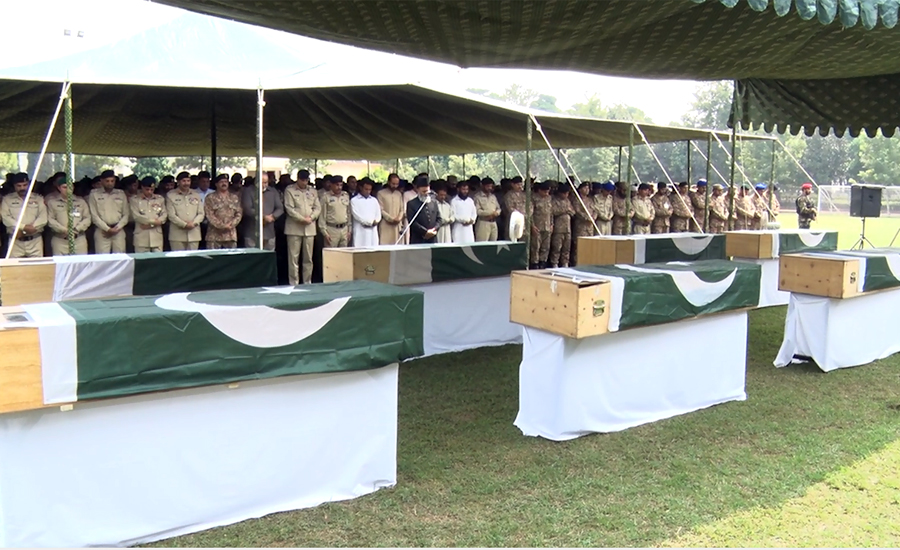 RAWALPINDI (92 News) – The funeral of 10 soldiers who lost life in the bus accident at Babusar Top was held at Chaklala Garrison on Monday. According to a press release issued by the ISPR, Chief of Army Staff General Qamar Javed Bajwa, senior serving and retired officers, soldiers and relatives of deceased soldiers attended the funeral. 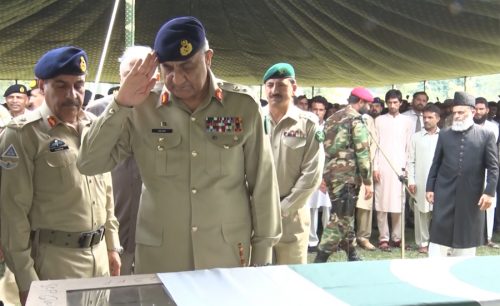 A day earlier, in a tragic incident, at least 26 people were killed including 10 Pakistan Army soldiers when a passenger bus rammed into a mountain in Babusar Top. The bus carrying 38 passengers was enroute to Rawalpindi from Skardu when it crashed into a mountain near Babusar Top while making turn killing dozens and injuring several passengers on board. 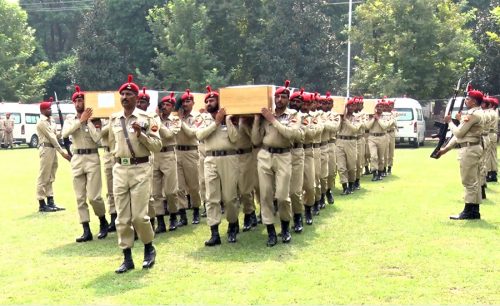 Gilgit-Baltistan spokesperson Faizullah Faraqwhile confirmed that 26 people including women and children had been killed in the accident while 12 were in critical condition. The security personnel and teams arrived at the spot and launched rescue activities. The deceased and injured have been shifted to a hospital where an emergency has been declared. 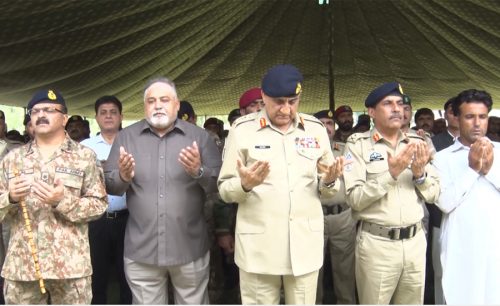 Police further said rescuers were having difficulty in reaching the difficult-to-access area. According to Inter-Services Public Relations (ISPR), ten army soldiers were also among those killed in the accident. The ISPR said that Pakistan Army troops undertook rescue and relief operation for unfortunate the bus accident at Babusar Top.