Backstage with The Beatles at show re-staging Abbey Road recordings 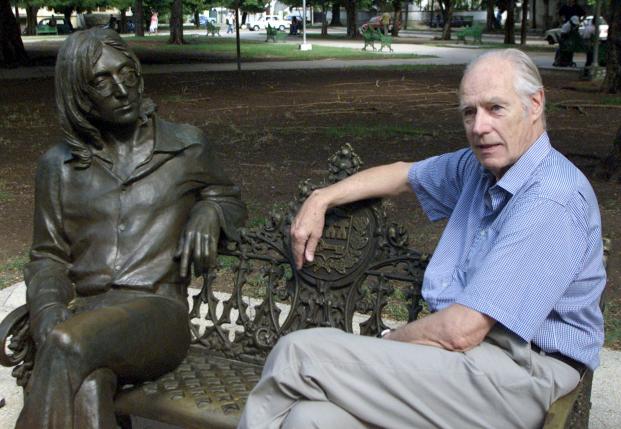 Backstage with The Beatles at show re-staging Abbey Road recordings

HAVANA – From the busy, brassy "All You Need is Love" to the softer "Yesterday", a new show takes audiences back in time to when The Beatles recorded their famous hits at London's Abbey Road Studios. "The Sessions - A Live Restaging of The Beatles at Abbey Road Studios" features renditions of songs the Fab Four recorded in Studio 2, with songs from their debut album "Please Please Me" to 1969's "Abbey Road" performed as they were recorded. Surrounded by transparent screens with projected recording details, actors portraying Paul McCartney, John Lennon, Ringo Starr and George Harrison belt out the tunes alongside musicians, to replicate the vocals sung, instruments played and arrangements used at the time. Organizers are billing the show, inspired by the memoir of former Abbey Road Studios sound engineer Geoff Emerick, as a musical documentary and "the closest an audience can get to experiencing The Beatles live and at the height of their glory". "It's pretty true – the songs are being performed with ... with the things we would have overdubbed onto the records," Emerick, who serves as the show's creative consultant, told Reuters. "We have got like double track vocals, we've got all sorts of guitar effects and so forth." The show is dedicated to music producer George Martin, who died last month at the age of 90 and an actor portraying the "fifth Beatle" narrates the performance. Martin worked on many of the group's best known hits like "I Want Hold Your Hand", "Can't Buy Me Love" and "Eleanor Rigby". "It seems as though it was only like eight weeks ago but when I've been hearing some of these songs performed I sort of tear up a bit because ... it brings back a lot of memories of the past," Emerick said. "We never dreamt in a million years that these songs would carry on forever." "The Sessions" premiered at London's Royal Albert Hall on Friday after a charity preview in The Beatles' home city Liverpool earlier this week. The show goes on tour around the UK and in certain European countries. –Reuters