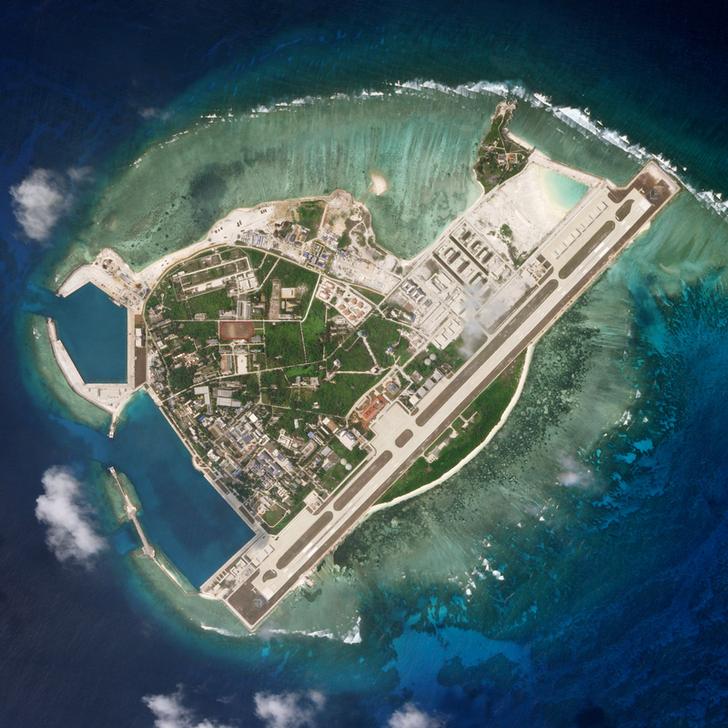 HONG KONG - Shrouded in Chinese military secrecy and hidden from the eyes of journalists, Beijing’s build-up of man-made islands on reefs deep in the maritime heart of Southeast Asia is a vexing story to report. Reuters deputy head of graphics Simon Scarr, based in Singapore, had previously dealt with private sector satellite imagery providers but always felt more could be done within the highly competitive field. Late last year in a conversation with Earthrise Media, an independent group helping journalists obtain and analyze satellite data, Scarr wondered if it would be possible to count buildings on China’s seven man-made islands in the Spratly archipelago of the hotly contested South China Sea. During a six-week period, Earthrise digitally scrutinized hundreds of images dating back to 2014 when China started rapidly building up those islands. Reuters journalists checked the data with a range of military and academic contacts. On a spread sheet of figures confirming extensive construction across the South China Sea, one number stood out – Subi reef was home to nearly 400 buildings, more than expected and nearly double the number on similar islands. “It was great data to have, and it really helped us build-up the webpage, with imagery and information from other sources, too,” Scarr said. The Subi information helped journalists in Hong Kong, Beijing and Sydney research the story that would anchor the package on the islands. It also provided insight into possible Chinese intentions for military bases on islands that Beijing once described as mostly civilian. The buildings on Subi, along with extensive facilities on Fiery Cross and Mischief reefs, appeared to match military bases inside China and could house up to 2,400 personnel. Subi is the largest of China’s seven man-made outposts in the Spratlys. The so-called “Big Three” of Subi, Mischief and Fiery Cross reefs all share similar infrastructure – including emplacements for missiles, 3km runways, extensive storage facilities and a range of installations that can track satellites, foreign military activity and communications. Determined to use the package to test their innovations, a Reuters RTV team headed to the Hong Kong coast to shoot footage that would be overlaid with animation to illustrate the development. “This was one of the most elaborate things we’ve done,” said senior producer Ryan Brooks.