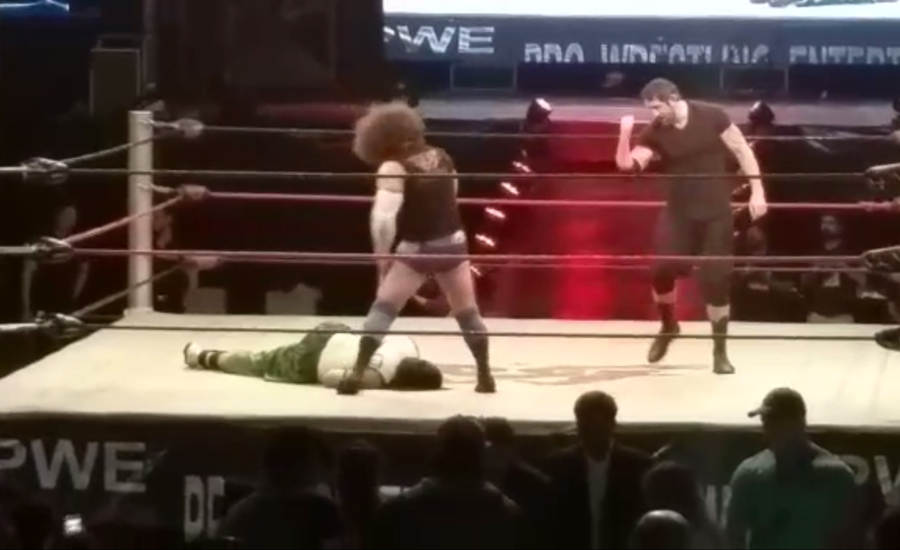 As many as seven bouts showcased on the opening event of Pro Wrestling Entertainment in Karachi, which was held at KMC sports complex.

The event also included a fight between female wrestlers, which was won by Angel's Bombita by overpowering Betty Trash and Audrey Bride.

Pakistan is making progress when it comes to sports entertainment. Pakistan Pro Wrestling Entertainment knew that they needed some recognizable faces to generate interest from fans.

Wade Barrett has a pretty big name in the industry. He spent several years in WWE. Barrett ended up working as a referee.