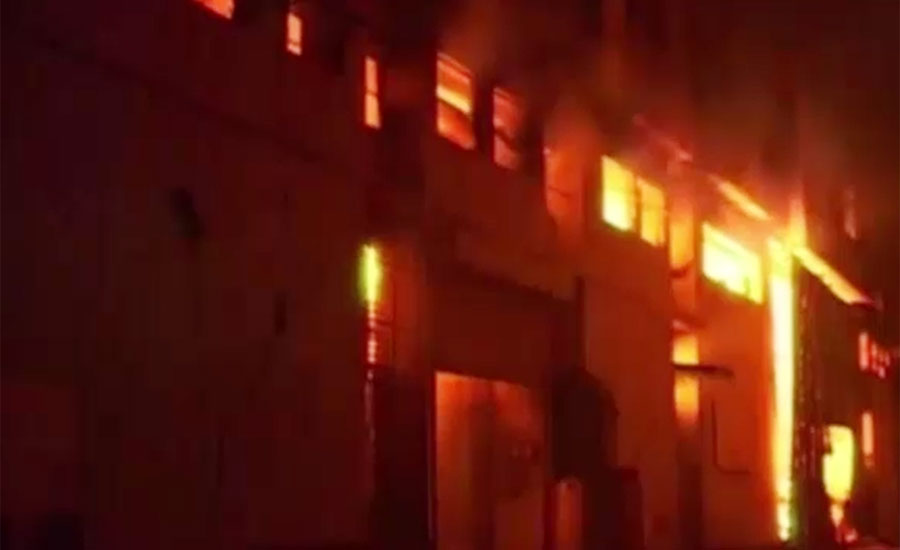 KARACHI (92 News) – The anti-terrorism court handed down death to Rehman Bhola and Zubair Chiriya on 264 counts and acquitted three accused, including MQM leader Rauf Siddiqui, in the Baldia factory tragedy case on Tuesday. The acquitted MQM leaders include Rauf Siddiqui, Dr Abdul Sattar, Adeeb Khanum and Ali Hassan Qadri. The court also awarded life sentence to Muhammad Fazal, Muhammad Arshad, Ali Muhammad Chowkidar and manager Shah Rukh for being facilitators. Rauf Siddiqui welcomed the verdict and expressed his sympathies with the families of the victims who gave a mixed response to the verdict. After the verdict of the court, Rauf Siddiqui said that the case of Baldia tragedy was decided today. "I had resigned from the ministry on the third day of Baldia tragedy. I voluntarily presented myself before court. I was declared innocent during the investigation," he said. "I was honorably acquitted in the trial. I have gotten justice from the ATC. I could not forget the night and the cries of the family still resonate in my ears," the MQM leader maintained. Rauf Siddiqui further said that he spent his time in pain. "Peace is based on the justice of the courts. Allah Almighty has given my testimony through the court," he added. On September 2, the court had reserved its verdict as prosecution rested its case after recording material evidence including forensic, ballistic and chemical analysis reports and testimonies of 400 witnesses against the accused. Over 250 workers were burnt alive when the multi-storey garment factory was set on fire in Baldia Town on September 11, 2012. Initially, factory owner Abdul Aziz Bhaila, his two sons Arshad Bhaila and Shahid Bhaila, a general manager and four gatekeepers were charge-sheeted for their alleged negligence. However according to the JIT report, the factory fire was not an accident, it was an act of terrorism. The fire was started in the factory for non-payment of Rs200 million as extortion money, it stated. According to report, MQM’s Hamad Siddiqui and Rehman Bhola had demanded extortion.