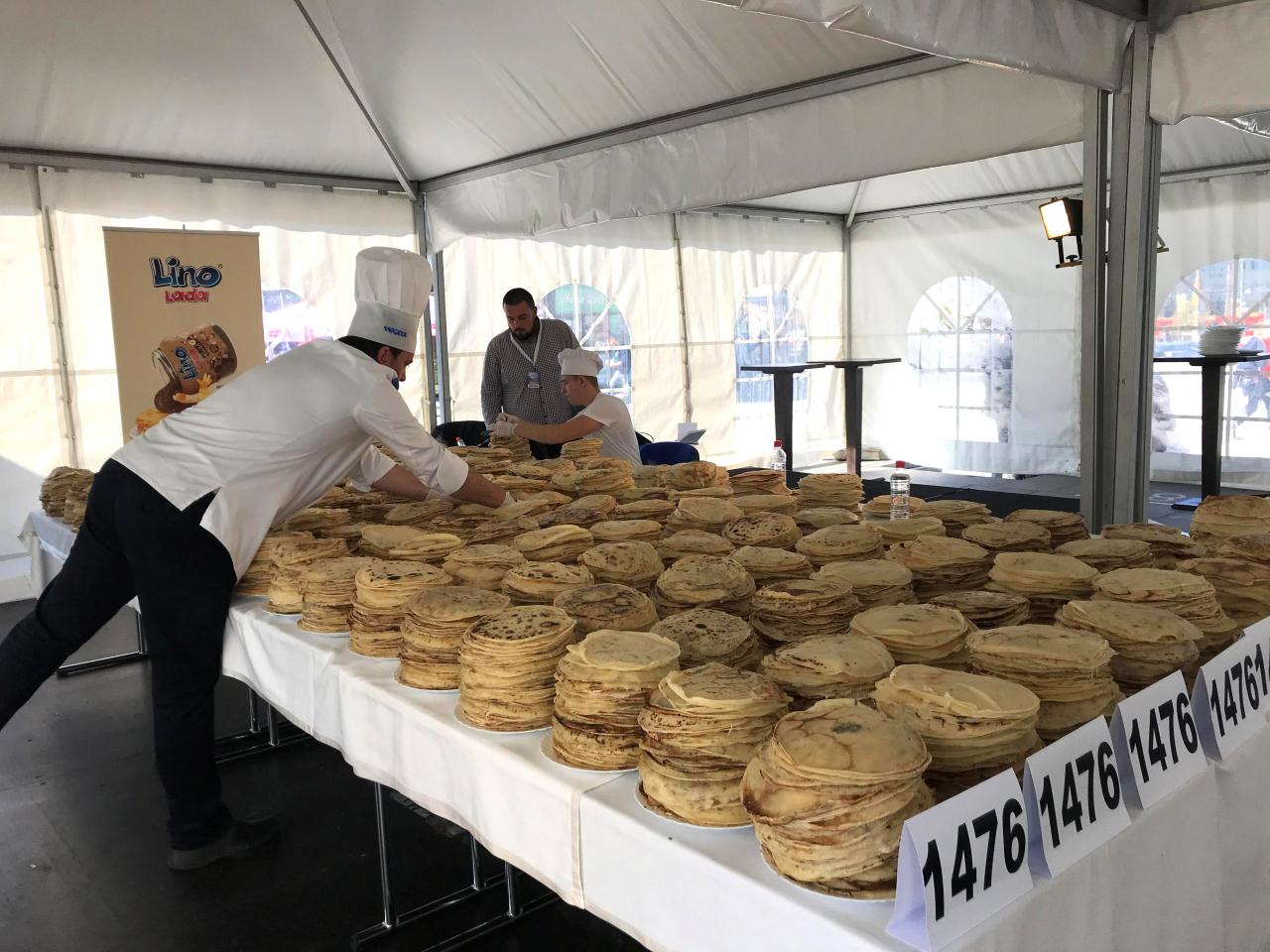 SARAJEVO (Reuters) - A team of Balkan chefs rustled up a world record number of a pancakes , making 14,186 in eight hours at Sarajevo’s tourist fair. Using 300 liters of oil, 600 kilograms of flour and 400 liters of milk, the 140 cooks from Bosnia, Serbia, Macedonia, Montenegro and Slovenia kept the frying pans turning in an improvised open-air kitchen under autumn sunshine as 15 judges looked on. Many of the pancakes were served to visitors to the fair and organizers - who must await ratification of their claim from Guinness World Records - said they would hand the rest to volunteers organization for distribution to vulnerable groups. The existing official record of 12,716 pancakes was set in Moscow in 2017.