Balochistan is in my prime focus, its prosperity main objective: COAS 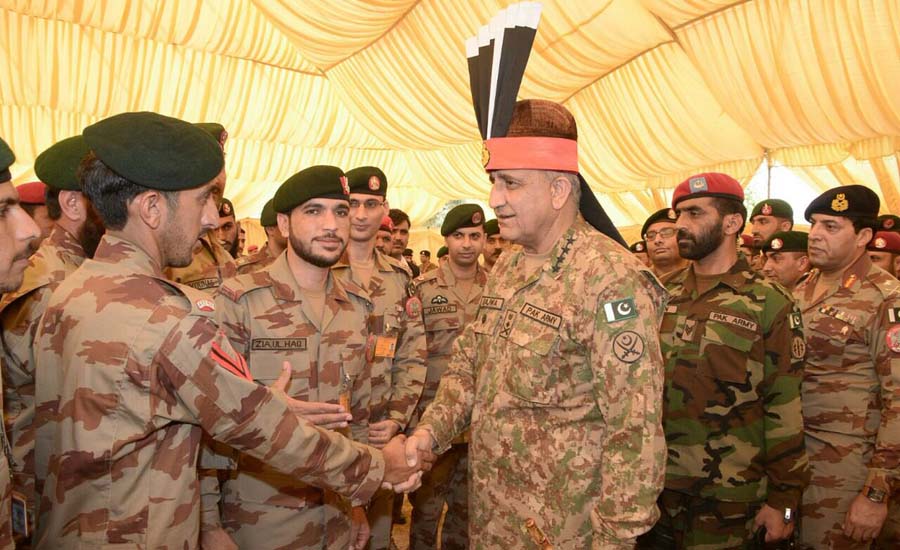 Balochistan is in my prime focus, its prosperity main objective: COAS

According to a press release issued by the ISPR, he was given a detailed briefing on security situation of the province at Headquarters Southern Command and Headquarters FC Balochistan (North).

The COAS was apprised that there has been phenomenal reduction in sectarian targeting while terrorists in desperation were now targeting law enforcement agencies (LEAs) and soft targets. 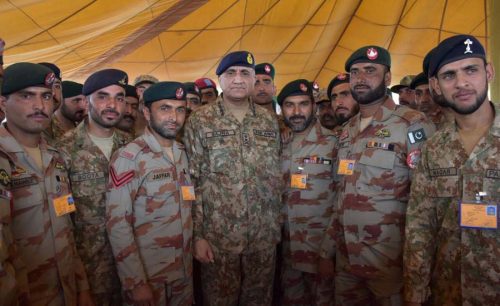 The COAS appreciated achievements of Army, FC, Police, Intelligence and other agencies, including provincial administrations towards improvement of security situation.

He especially hailed efforts in socio-economic domain and resultant considerable willing surrender of ‘Fararis’. “Balochistan is in my prime focus and prosperity of people of Balochistan at par with other provinces is the main objective.” 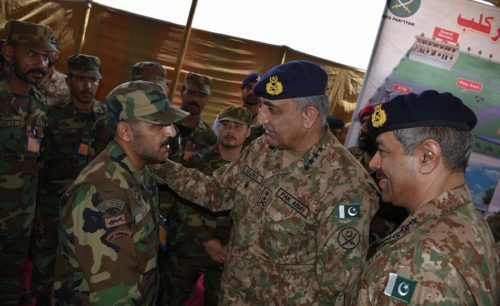 Later, the COAS interacted with officers / soldiers and appreciated their morale and motivation.

He said: “We are Army for people of Pakistan and will continue to perform our duty with their full support.”

Earlier, upon his arrival at Quetta, he was received by Lieutenant General Aamer Riaz, Commander Southern Command.