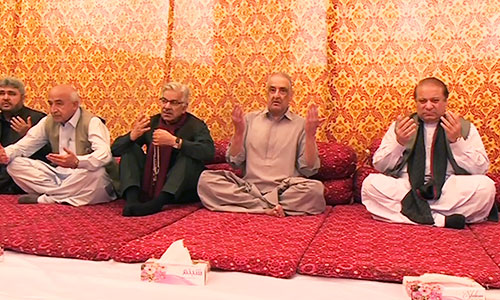 QUETTA (92 News) – Prime Minister Nawaz Sharif has said that the federal government is determined to end lawlessness in Balochistan. He was talking to the media after offering condolence over the death of Jamhoori Watan Party (JWP) leader Talal Bugti’s mother at latter’s house on Thursday. He said that they want prosperity across the province. “Balochistan should possess a bright future,” he said.