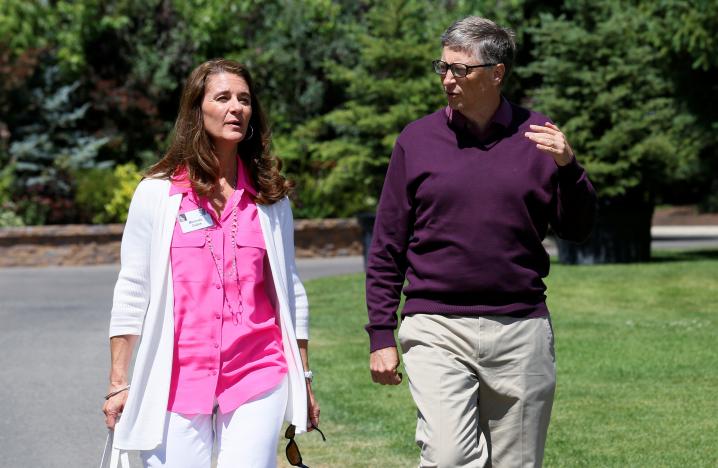 NEW DELHI –India's ban on foreign funding for the Public Health Foundation of India (PHFI), a non-profit group backed by the Bill & Melinda Gates Foundation, may damage some government health programs, according to the group and a health ministry official.

In a letter to the health ministry dated May 3, the non-profit said many of its programs linked to the ministry were in "suspended animation" and that its domestic funds would only help it run operations until June.

Affected programs included those on eliminating black fever, HIV prevention, tobacco control and universal health coverage, PHFI wrote in the letter, which was reviewed by Reuters.

PHFI activities such as training health workers for government programs and research into non-communicable diseases could be hurt by the funding ban, said Soumya Swaminathan, secretary of the department of health research in the federal health ministry.

"They are important partners. They have several important projects on the ground with states," Swaminathan told Reuters.

Since Narendra Modi was elected prime minister in May 2014, India has canceled the foreign funding licenses of more than 9,000 foreign-funded non-governmental organizations (NGOs) and sacked dozens of government consultants who were paid by global aid agencies.

Some of Modi’s Hindu nationalist supporters have targeted PHFI and other groups they say favor foreign companies and act against India’s interests.

The cancellation of PHFI's license on April 10 is significant because it supports several federal and state health departments and counts senior government officials among its members, unlike most charities which have no government links.

The PHFI has filed a request with the government for reinstatement of its license.

Swaminathan, who is a member of some PHFI committees in her capacity as a ministry official, said the health secretary had written to Modi's office, giving details about what the PHFI provides to the health system.

Modi's office did not respond to Reuters queries.

Foreign funding licenses allow organizations working in India to receive donations from abroad. Without one, a group like PHFI, which receives about 65 percent of its money from foreign sources, would struggle to stay afloat.

About a third of the roughly $30 million foreign contributions PHFI received in 2015-16 came from the Gates Foundation, according to a document seen by Reuters.

An India spokeswoman for the foundation, which was founded by Microsoft founder Bill Gates and his wife Melinda, said that it works with federal and state governments "on their request, on projects aligned with their priorities".

In cancelling PHFI's license, the federal home ministry said the group had engaged in "diversion of funds" and not declared certain foreign receipts. Such violations, the ministry said, were "detrimental to public interest".

The PHFI denied it had lobbied anyone but said it did take part in information campaigns on the dangers of tobacco use on the instructions of the health ministry.

All PHFI activities were "fully aligned to national health goals and serve (the) national interest," said PHFI head K. Srinath Reddy, who is also a professor at the Harvard School of Public Health and former president of the World Heart Federation.

Pradeep Haldar, an official in the health ministry, told Reuters on Monday that an essential immunization unit funded by the Gates Foundation that had been managed by PHFI will now be run by Boston-based public health group John Snow Inc.

The unit provides strategy and monitoring support for the government's immunization program, which is one of the world's largest, reaching 26 million infants each year.

PHFI said it would work with the health ministry to ensure a smooth transition, which has to be achieved by June 1. Haldar said the transition to John Snow will be "seamless".

A source close to the Gates Foundation said John Snow will take time to adapt to the program and vaccination targets could suffer in the meantime.

There was no one available to comment in John Snow's India office and the group did not respond to emails.

Swadeshi Jagran Manch, a nationalist group linked to Rashtriya Swayamsevak Sangh (RSS), the ideological parent of Modi's party, has raised objections against the PHFI in the past.

A senior member of Swadeshi Jagran Manch, Ashwani Mahajan, said he told the health minister in March that the Gates Foundation and its partners like PHFI promoted policies that favoured foreign companies and were against national interests.

The Gates Foundation has in the past been accused of possible conflicts of interest in its association with India's immunization program because it backs GAVI, a global vaccine alliance that includes the big multinational pharmaceutical companies.

"We don't need you," Mahajan told Reuters, calling on the Gates Foundation to not think of India as a "white man's burden."

It is unclear whether Mahajan’s intervention influenced the government’s decision.

Mahajan said his group would look into the new John Snow arrangement.

"We'd like to study the credentials of the new partner, the government should be more cautious," he said.

Asked about the possible health impacts of PHFI's license cancellation, Mahajan said: "In all ways, our country is self-reliant." –Reuters