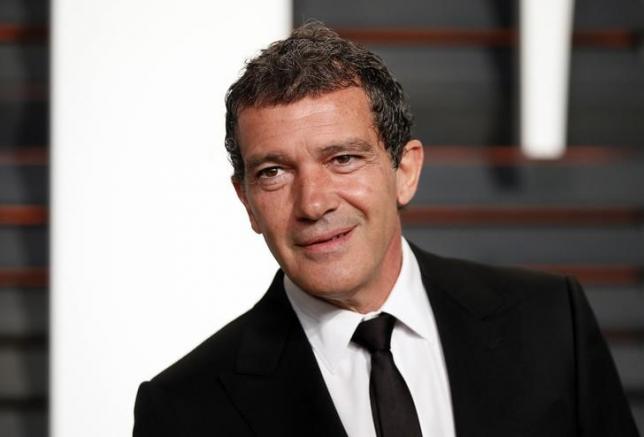 CALIFORNIA - Spanish actor Antonio Banderas is bringing the ordeal of 33 Chilean miners trapped underground for more than two months to the cinema screen, five years after the drama of their rescue gripped TV viewers around the world. The men were trapped 700 meters (2,300 feet) underground after their gold and copper mine collapsed in Chile's northern Atacama Desert. They were feared dead until on the 17th day, knocking was heard on a drill head which had reached the depths of the mine. Rescuers then found a note attached to the drill reading: "The 33 of us in the shelter are well." After 69 days underground, they were lifted out individually to the surface. At a Santiago news conference, Banderas, who portrays miner Mario Sepulveda in "The 33", recalled how viewers around the world watched the rescue operation unfold on television. "In other countries, it was seen as a great achievement by a country, that's the reality," he said. Brazilian actor Rodrigo Santoro said it was challenging to tell the complex story in just a few hours and that focusing on a handful of characters was a good choice. "The movie is based on the story of the miners, the 33. So I think that it must be synthesized, a few characters must be chosen to tell the entire story," he said. The film also stars French Academy Award winner Juliette Binoche and American actor James Brolin. Cast and crew met Chile's President Michelle Bachelet before the film's release there on Aug. 6. "The 33" is scheduled to hit U.S. cinemas in November. - REUTERS