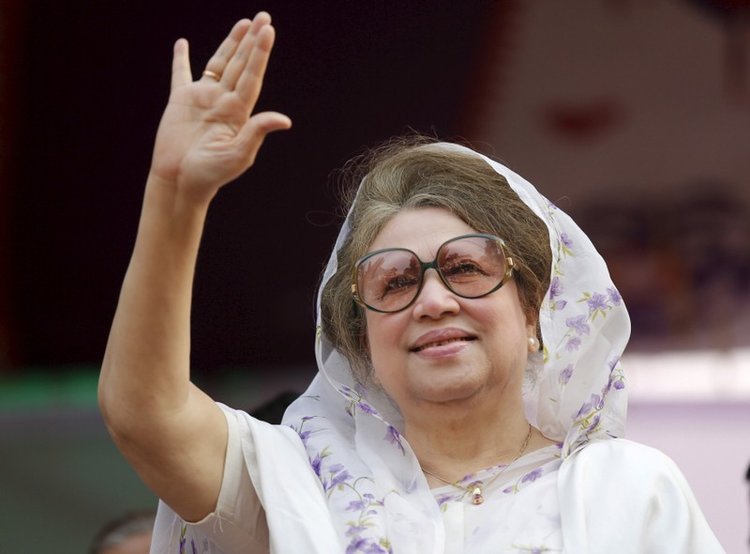 DHAKA (Reuters) - A Bangladesh court sentenced former prime minister and opposition leader Khaleda Zia to seven years in prison for corruption on Monday, lawyers said, after she was jailed for five years in a separate case in February. The terms will run concurrently, meaning she will spend an extra two years in jail. The opposition Bangladesh Nationalist Party (BNP) has been in disarray ahead of general elections set for December after Khaleda was jailed in February for stealing funds for an orphanage. Khaleda, 72, and three aides were convicted on Monday of misappropriation of 31.5 million taka ($371,550) for a trust when she was last prime minister, from 2001 to 2006, state prosecutors said. Her party says the charges are part of a plot to keep her and her family out of politics. Prime Minister Sheikh Hasina and Khaleda, both related to former leaders, have dominated politics in poverty-stricken Bangladesh for more than two decades, nursing a long and bitter rivalry. Hasina’s Awami League came to power for a second consecutive term in 2014 after a bloody parliamentary election that was boycotted by Khaleda’s party.