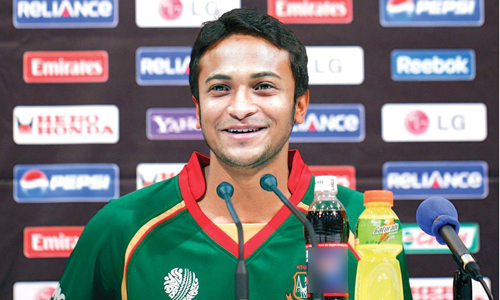 DHAKA (92 News) – Former Bangladesh cricket captain Shakibul Hasan has said that his team is favourite for the upcoming series against Pakistan in Bangladesh. Talking to media, the star all-rounder claimed that the Bangladesh team is stronger than Pakistan. “They (Pakistan) neither have experienced players, nor are they strong as they used to be,” he said. “On the other hand, we have experienced players, we are strong and we are playing on a home ground.” He said that it is a golden opportunity for Bangladesh to defeat Pakistan in the ODI series. Pakistan and Bangladesh will play ODIs, Tests and T-twenties scheduled from the third week of April. The two teams faced each other for 32 times in ODI history, of which Bangladesh won only one.