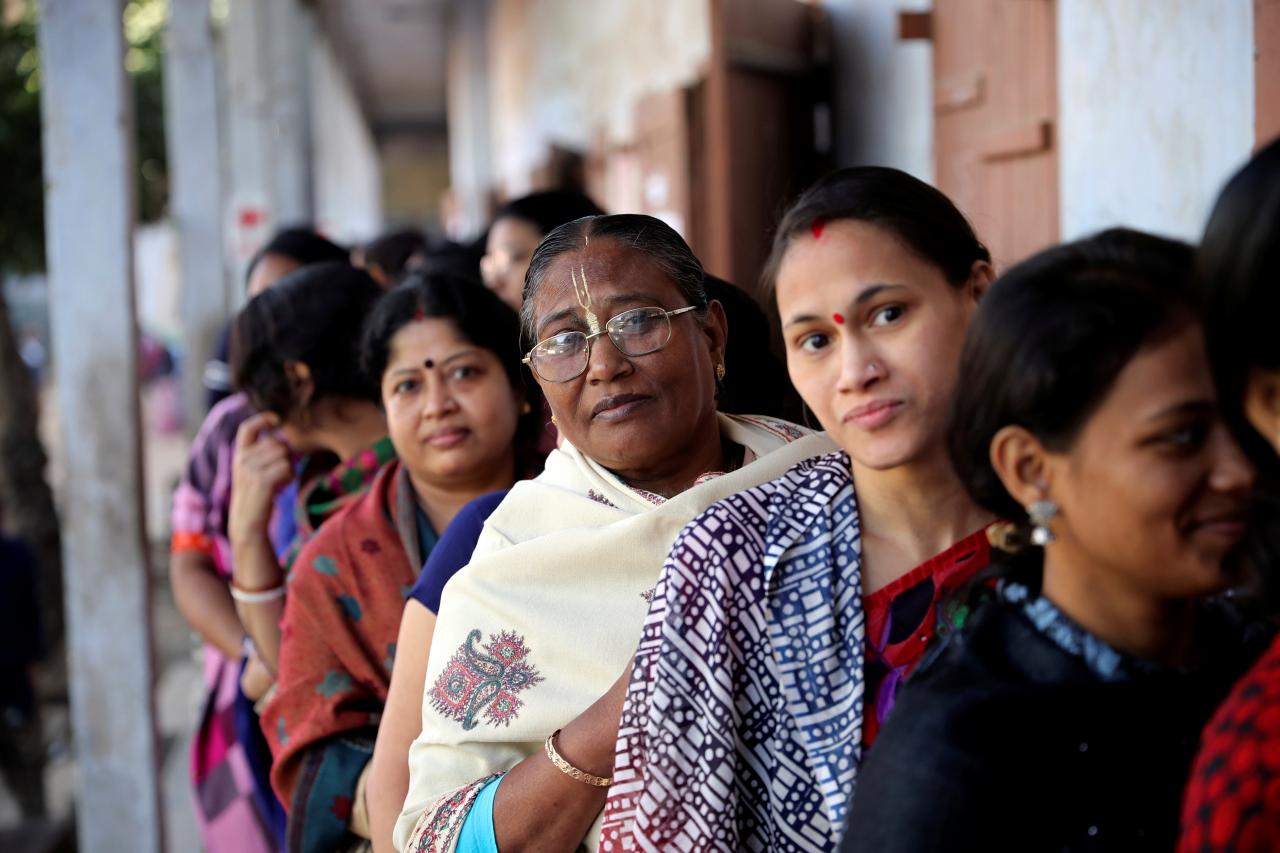 DHAKA (Reuters) - Bangladesh Prime Minister Sheikh Hasina’s ruling party took a big lead over the opposition in a national election on Sunday, early results and trends showed, in a poll that was marred by allegations of vote rigging and violence that killed 17 people. A third straight term for Hasina’s Awami League was widely expected, but the main opposition led by the Bangladesh Nationalist Party (BNP) rejected the election and called for a fresh vote in the country of 165 million people. The Election Commission said it was investigating complaints of rigging, even as at least three voters in southeast Bangladesh, including a journalist, said they were barred from entering polling booths or were told their ballot papers had already been filled in. “Allegations are coming from across the country and those are under investigation,” commission spokesman S.M. Asaduzzaman said. “If we get any confirmation from our own channels then measures will be taken as per rules.” But as results started coming in showing the Awami League winning 48 seats and one for the BNP, Asaduzzaman declined to comment if its investigation would have any bearing on the final outcome. Hasina’s party was leading in 114 seats while the BNP was ahead in two, according to TV channels. There are 300 parliamentary constituencies in Bangladesh. “The election is a cruel mockery with the nation,” BNP Secretary-General Mirza Fakhrul Islam Alamgir said. “This type of election is harmful to the nation. The country has suffered so much through this election.” Reuters saw a group of about 50 women chanting “Sheikh Hasina! Sheikh Hasina!” on a deserted street in Dhaka as election results started trickling in. Reuters reporters across the country saw sparse turnout at polling booths during the election. In nine polling centres Reuters reporters visited in Dhaka, posters bearing the Awami League’s “boat” symbol far outnumbered those of the opposition. Mahbub Talukdar, one of the five election commissioners who stirred a controversy last week by saying there was no level-playing field for the parties, told Reuters he did not see any opposition polling agents near the Dhaka booth where he voted, suggesting they had been kept away. Clashes in the Muslim-majority country broke out between workers of the Awami League and its opponents, led by the BNP of former Prime Minister Khaleda Zia. At least one of the victims was attacked by a machete-carrying group, police said, adding a man from a paramilitary auxiliary force also died. Police spokesman Sohel Rana said seven victims were workers of the ruling party and five from the BNP. He said around 20 people were wounded.

Alleging vote manipulation, at least six candidates fighting against the Awami League withdrew from the contest in Khulna, a divisional headquarters 300 km (186 miles) southwest of Dhaka. Media reports said across the country more than 40 out of 287 opposition candidates in fray pulled out alleging vote rigging. Rasel, a 34-year-old voter in the southeastern district of Chittagong, said he saw police and some Awami League workers he knew stopping people from entering one polling centre. “They told me that ‘voting is going on nicely, you don’t need to go inside’. If you try to enter, you will be in trouble’,” Rasel, who declined to give his second name fearing reprisals, told Reuters by phone. The local electoral officer said he had investigated the incident and “found long queue in these centres and people were casting votes with a festive mood”. The Awami League said opposition supporters were wrongly accusing the party. Soon after voting finished at 4 pm (1000 GMT), Reuters saw polling officials unsealing see-through ballot boxes and pouring the contents onto a blue plastic sheet on the floor of an election booth in Dhaka. Final results are expected to be clear early on Monday. The BNP boycotted the last election in 2014 claiming it wouldn’t be free and fair. The party has been hobbled by the absence of its chairperson Khaleda, 74, who has been in jail since February on corruption charges which she says are politically motivated. Hasina and Khaleda have alternated in power for most of the last three decades and this is the first election the BNP has contested without its leader. It stitched together the National Unity Front alliance with smaller parties, but has alleged its supporters and candidates faced attacks and intimidation, including shootings and arrests, at the hands of ruling party activists during campaigning. Hasina’s party has denied the charges. After voting in Dhaka, she told reporters people favoured her party to “continue the pace of development”. She has already invited foreign journalists and poll observers to her official residence on Monday. Under Hasina, the country’s $280 billion economy grew 7.8 percent in the 2017/18 financial year that ended on June 30, compared with 5.1 percent when Hasina took over in 2008/09. Over the same period, annual sales of its economic mainstay, the garment industry, nearly tripled, with garment exports worth $30.6 billion in 2017/18, making up 83.5 percent of total exports. One of Hasina’s top jobs if she retains power will be to address demands by garment workers for a higher minimum wage. At a polling booth in old Dhaka on Sunday, some were afraid to comment on the polls, describing an atmosphere of fear. A middle-aged businessman who declined to be named said: “I am here to vote, but my family says, ‘what’s the point?’ The ruling party will come back in power in any case.” Hasina has been praised internationally for providing refuge to Rohingya Muslims fleeing Myanmar, but her government is accused of suppressing dissent and jailing critics. Hasina has faced accusations in the West of increasing authoritarianism. Her son, Wazed, told Reuters Hasina regarded such accusations as a “badge of honour”.