DHAKA (92 News) – Bangladesh defeated Pakistan by five wickets to reach the Asia Cup final at the Shere Bangla National Stadium, Mirpur, on Wednesday. Batting first after winning the toss, Pakistan scored 129 for the loss of seven wickets in the stipulated 20 overs. Sarfraz Ahmed smashed 58 aided by five 4s and two 6s. Shoaib Malik (41) and Anwar Ali (13) were the main scorers. Al-Amin Hossain got three wickets, while Arafat took two wickets. In reply, Bangladesh achieved the target for the loss of five wickets in 19.1 overs. Soumya Sarkar (48), Sabbir Rahman (14) and Mushfiqur Rahman (12) were the top scorers. Mohammad Amir chipped in with two wickets, while Mohammad Irfan, Shahid Afridi and Shoaib Malik got one wicket each. SCOREBOARD 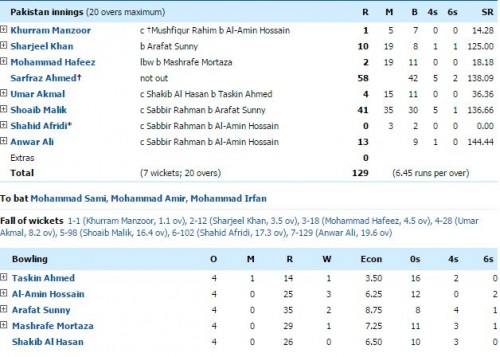 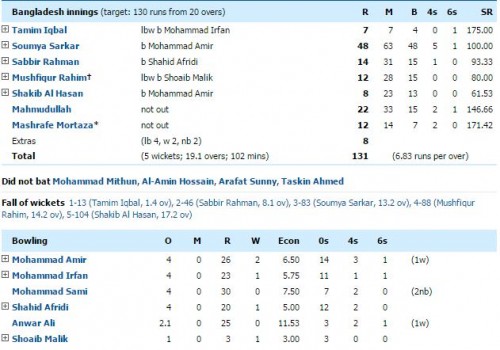