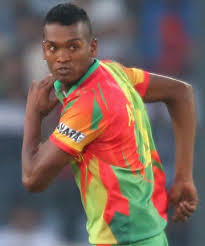 MELBOURNE (Reuters) - Bangladesh bowler Al-Amin Hossain has been withdrawn from the World Cup squad for violating team rules and will be sent home, the country's cricket board said on Sunday. "Al-Amin Hossain has been found to have breached team rules and will take no further part in the ICC CricketWorld Cup 2015," the Bangladesh Cricket Board said in a statement. "The board will conduct its own inquiry into the breach after receiving the manager's report at the end of the team's World Cup campaign. "At this stage the BCB or the team management will not release any further information or make any comment on this matter," it added. The anti-corruption and security unit (ACSU) of the International Cricket Council informed the Bangladesh team management that the player was outside the team hotel in Brisbane after the deadline on Thursday, Cricinfo reported. "Normally if a player has to stay outside after 10pm, he has to take the management's permission," team manager Khaled Mahmud told the website. "We were not aware that Al-Amin left the hotel after that time, and were later informed by the ACSU of his transgression. He will be sent home as soon as possible," he added before denying any corruption angle to the incident. Paceman Al-Amin, 25, did not feature in Bangladesh's 105-run win over Afghanistan in their opening match. The team, who got one point from Saturday's abandoned match in Brisbane againstAustralia, take on Sri Lanka in their next match in Melbourne on Thursday.