Bank of England's Carney likely to stress virtue of patience 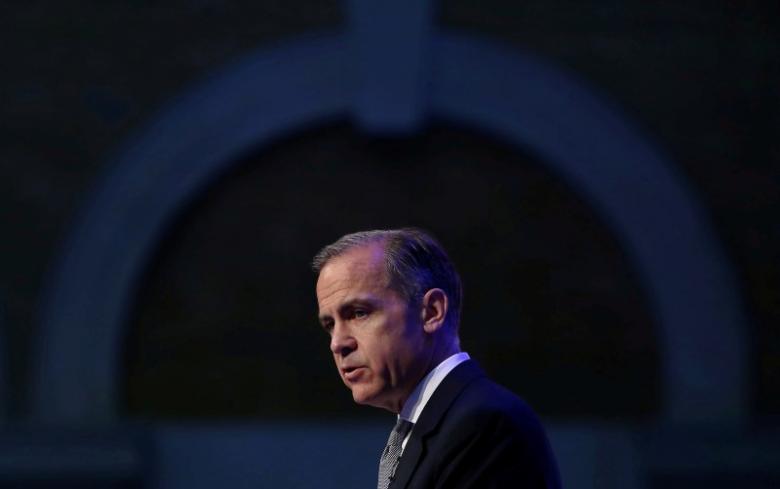 Bank of England's Carney likely to stress virtue of patience

LONDON - Faced with Brexit unknowns, a national election and mixed economic data, Bank of England Governor Mark Carney and his colleagues will probably say on Thursday they want more clarity before paving the way for the first interest rate hike in nearly a decade.

Carney, who is due to speak after the BoE publishes its May policy decision and new economic forecasts at 1100 GMT, might seek to remind investors and the public that rates are likely to rise at some point in the next couple of years.

But Thursday's meeting comes at a tricky juncture for the BoE. Last year it cut rates and revived its massive bond purchase plan to help soften the shock to the economy of Britain's June vote to leave the European Union.

The sudden slowdown the BoE expected did not materialise but signs are growing that consumer spending is now wilting in the face of rising inflation, fuelled partly by the pound's plunge following the Brexit vote.

Inflation is running above the BoE's target of 2 percent and is widely expected to hit 3 percent later this year, which has made some policymakers uneasy.

At the Monetary Policy Committee's last meeting, in March, Kristin Forbes voted for a rate hike and some other members were close to joining her.

But then signs emerged of an economic slowdown in early 2017, meaning Thursday's policy decision is likely to result in a 7-1 vote to keep interest rates on hold at their record low 0.25 percent, according to a Reuters poll of economists.

Sushil Wadhwani, a former MPC member, said there were no indications yet that the inflationary impact of the fall in the value of the pound was feeding into wages.

"If anything consumption is weakening and investment decisions are being postponed, so it's not that you are suddenly going to have growth run away from you," he told a panel discussion organised by Fathom Consulting at Thomson Reuters this week.

"And you've got this huge uncertainty about how Brexit will pan out, which gives you the potential for one big negative shock to GDP at some point. So I think watch and wait is the most tempting route to adopt."

Still, there remains a chance that one other policymaker will vote for higher interest rates - possibly former Citi economist Michael Saunders, who hinted at this last month.

He said growth and inflation could easily exceed the BoE's forecasts made in February, although his comments came before poor economic growth figures for the first quarter.

And some economists think Carney might surprise investors by striking a hawkish tone himself, even if the BoE's economic forecasts are little changed from February.

"The Bank is likely to aim to talk tough in order to reduce the chances of having to act tough," said Dominic Bryant, economist from BNP Paribas.

The MPC would be loath to cause a reversal of sterling's recent bounce - which will help take the edge off the rise in inflation - by adopting a cautious tone, he said.

Economists expect the BoE will trim its growth forecast for this year to account for the weak first quarter, but otherwise its economy and inflation projections will look similar to those from three months ago. -Reuters