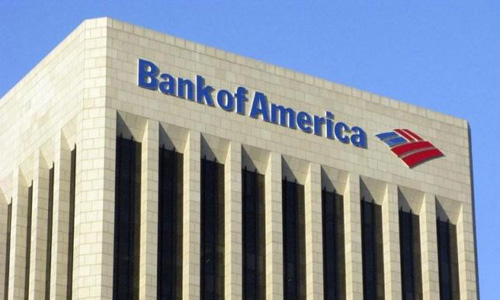 BOSTON - Bank of America Corp will not hold a shareholder vote on its decision to reunite the roles of chairman and chief executive officer, according to the bank's proxy statement filed on Thursday. The Charlotte, North Carolina-based bank had been asked by pension funds including the California State Teachers' Retirement System to let shareholders vote on its move to give CEO Brian Moynihan the additional title of chairman last fall. Critics have said the bank had disregarded the will of shareholders who voted to strip previous CEO Ken Lewis of the chairmanship in 2009. CalSTRS officials and a spokesman for another critic, New York City Comptroller Scott Stringer, said they would continue to press the bank over the combined CEO and chair roles. But both also said they would support Bank of America directors this year after the bank separately adopted a rule change to make it easier for shareholders to nominate directors. "Our principles still state that we think the CEO and chair positions should be held by different people," said Aeisha Mastagni, a CalSTRS investment officer. A Bank of America representative declined to comment. In its proxy statement, the bank wrote its board understands "the 2009 stockholder support for separating the roles of the chairman and CEO to have been due primarily to dissatisfaction with the then board's governance and oversight, the company's performance and management decisions at that time." While it recognizes some shareholders still would prefer the roles be separated, Bank of America has since made changes to its governance, the proxy states, including adding eight new directors in the last three years to its 15-member board. "Our company today, compared with 2009, has evolved significantly," the proxy filing states. Bank of America also said Moynihan received a total of $15.3 million last year, up from $13.1 million in 2013. According to its measures of compensation decisions, Moynihan was awarded a total of $13 million in 2014, down from $14 million in 2013. - REUTERS