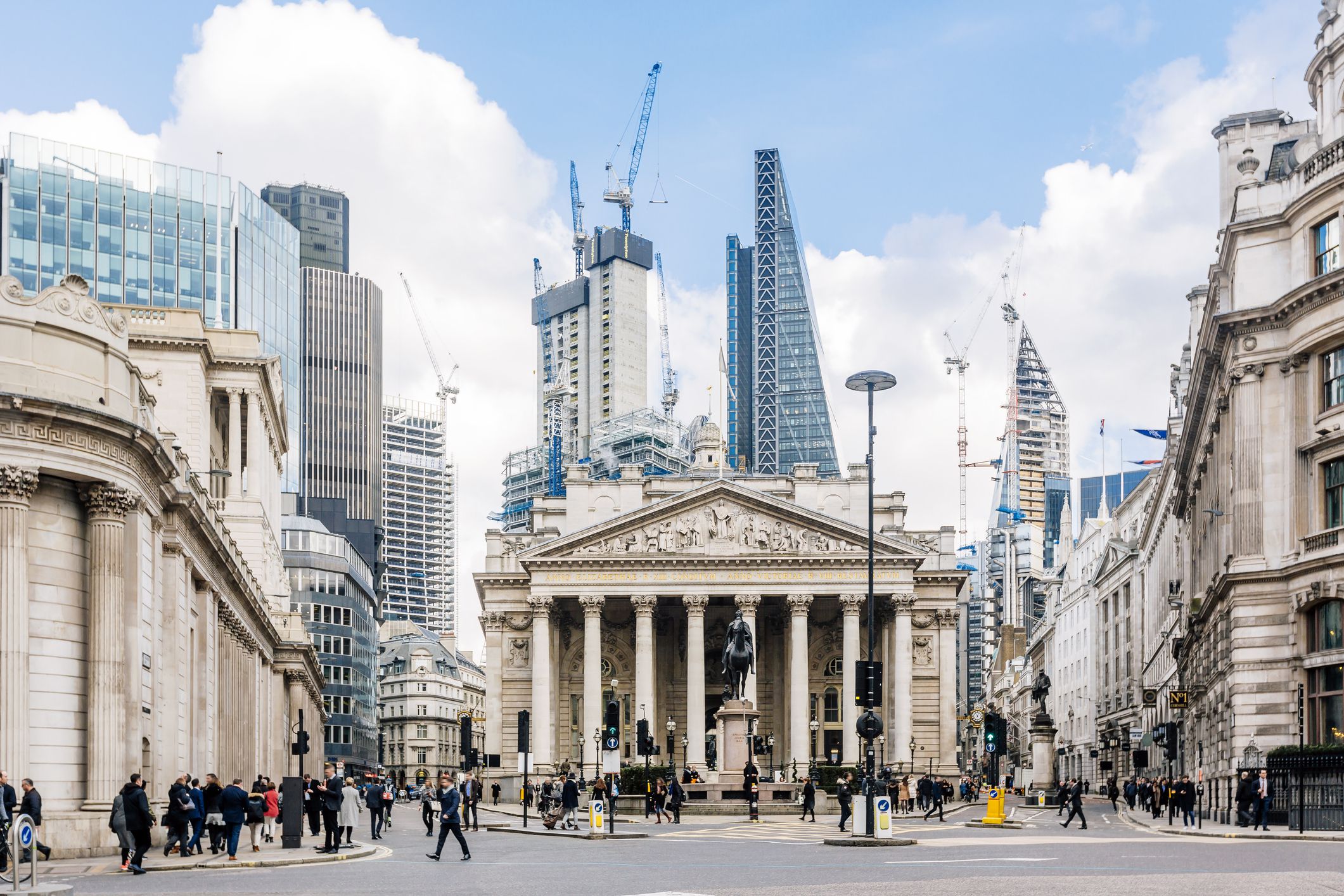 LONDON (Reuters) - The Bank of England looks set to plough on alone among major central banks on Thursday by sticking with its message that it plans to raise interest rates, just as trade wars and a global slowdown have forced others to turn more cautious.
The BoE is expected to repeat its intention of raising borrowing costs - Brexit permitting - in a week in which European Central Bank President Mario Draghi broached another round of stimulus and the US Federal Reserve signalled it could cut interest rates later this year. The BoE is due to announce its June policy decision at 1100 GMT. Economists polled by Reuters think there will be a unanimous vote to hold rates at 0.75%, despite two officials talking recently of the need for higher borrowing costs sooner rather than later. Looking at Britain in isolation, there are reasons why borrowing costs might need to rise before long, assuming that whoever succeeds Prime Minister Theresa May can avoid a damaging no-deal Brexit. Wages are growing at their fastest pace in a decade and while inflation fell to the BoE’s 2% target in May, public expectations for future price rises have strengthened markedly. But Britain is highly sensitive to the ebbs and flows of the global economy, meaning that if other central banks begin to cut rates again while the BoE holds firm, Britain’s monetary policy stance would become tighter in relative terms. “If the rest of the world is going to be on an easing path and we hold tight ... all else being equal it does the job on sterling,” said Simon French, chief economist at merchant bank Panmure Gordon. The pound has fallen by 5% since early May, as concern grew that Boris Johnson, the top contender to become prime minister, will lead Britain out of the European Union with or without a deal by Oct. 31. But in a taste of what may be to come, this week’s recent dovish tilt by the ECB and the Fed has already lifted some of the gloom over the British currency, which rose for a second day on Wednesday.

Last month, BoE Governor Mark Carney warned investors were underestimating how much interest rates could rise. But financial markets, which are focused almost entirely on Brexit developments, failed to budge - perhaps also reflecting the fact that similar warnings from Carney in the past failed to translate into higher borrowing costs. Money markets show investors see virtually no chance of a rate hike until at least mid-2020. Carney is due to leave the BoE next January. BoE Chief Economist Andy Haldane said this month that the time was nearing for a rate rise to prevent inflation pressure building. Michael Saunders, another member of the Monetary Policy Committee (MPC), said Brexit uncertainty was not a reason to delay tighter policy forever. Rather than merely preparing the public and businesses for higher rates, their words may serve another purpose: nipping in the bud any notion that the BoE will soon follow other central banks and reverse direction. “One interpretation of recent MPC commentary is that it is motivated by a desire to push back on the need to cut rates,” JPMorgan economist Allan Monks said in a research note. While it was possible that some dissent in favour of hiking rates could appear in the minutes of this week’s meeting, it would be surprising if it was widely shared on the MPC, Monks said.