Bankers cautious on outlook for global equity deals after 2016 slide 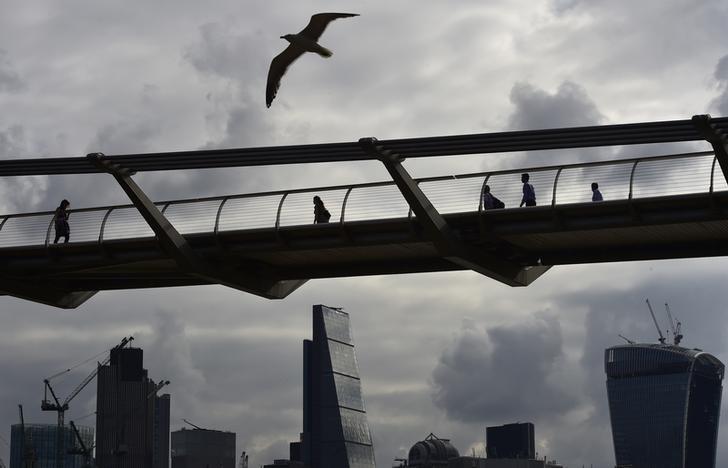 Bankers cautious on outlook for global equity deals after 2016 slide

LONDON - Global equity raising fell by more than a quarter in 2016, data showed on Friday, hit by geopolitical shocks and a string of failed initial public offerings (IPOs), with the outlook for 2017 looking shaky. Companies raised $648.9 billion (530 billion pounds) in equity during 2016, against $873 billion last year, Thomson Reuters Equity Capital Markets (ECM) data up to Dec. 28 showed. Money raised from IPOs was down by almost a third at $130.6 billion despite equity indices touching record highs in the latter stages of the year. "The markets were volatile this year. There were times when IPOs got launched but didn't get done, and there were also fewer rights offerings," said Achintya Mangla, head of ECM in Europe, Middle East and Africa (EMEA) at JP Morgan, which topped the league table for global equity offerings and IPOs. "2017 will continue to be uncertain and volatile and I'd expect IPO volumes will be in line with this year." Mangla added that, though he does not expect IPO activity to rise, there could be higher overall ECM volumes with a potential increase in rights issues and acquisition-related financing. The year's biggest IPO, for Postal Savings Bank of China in September, was priced at the lower end of an indicative range and traded flat before falling more than 10 percent. Share price falls following two big European IPOs -- payments company Nets and energy business Innogy -- put investors on edge, resulting in bankers being unable to drum up sufficient support for a string of other listings in the final quarter of 2016. Market volatility was blamed for some of the cancelled listings, which normally require a window of at least four weeks to complete. In Europe, IPOs more than halved in volume terms compared with 2015. That could continue in 2017, with elections in France, Germany and the Netherlands, as well as Britain formally triggering the process of leaving the European Union, expected to limit the number of suitable windows to launch IPOs. WAITING IN THE WINGS However, preparations are under way for a number of big deals that could help to lift ECM activity in the coming year. Telefonica has hired UBS, Morgan Stanley and Barclays as global coordinators to list its British mobile business O2, which could fetch about 10 billion pounds ($12.2 billion). A planned IPO of Siemens' healthcare subsidiary and a capital raising by Bayer to finance the acquisition of Monsanto could also be big-ticket deals. Italy's UniCredit, meanwhile, plans to raise 13 billion euros ($13.6 billion) in the country's biggest share issue to shore up its balance sheet and shield itself from a broader banking crisis. Credit Suisse aims to list its domestic operation to raise a sum that could reach as high as 4 billion Swiss francs ($3.9 billion) and Deutsche Bank is said to be exploring options to beef up its capital. There is also the potential that messaging app Snapchat's decision to file for an IPO could persuade other technology businesses to head for public markets. "Tech companies have been able to achieve very attractive valuations in the private markets, but some of the heat has come out of the private funding arena and the IPO route is looking more attractive," said Tom Johnson, Barclays' co-head of equity capital markets in EMEA. "If a few large tech company IPOs go well in the United States, we would hope to see more here, too." However, some bankers cautioned against taking investors' apparent rotation towards equities and away from fixed income as a guarantee for easy share issues. "It might look like a bull market, but investors will still be selective," Johnson said. "Market performance has been mixed this year so there is some caution and valuations have to reflect that." -Reuters