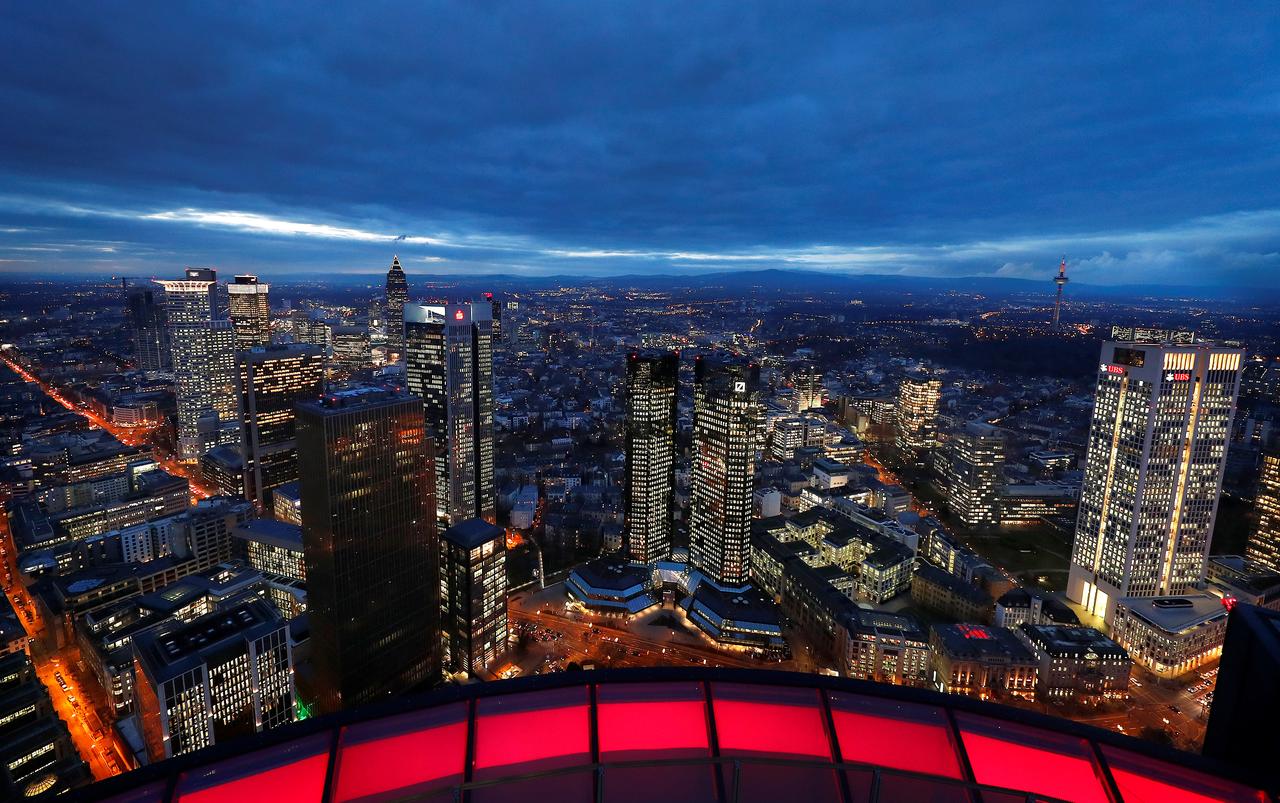 LONDON (Reuters) - In Frankfurt and Paris, the flood of banking jobs predicted to arrive after Brexit is, for now, little more than a trickle. An analysis of job postings on eight of the world’s major investment bank websites show a modest push to recruit staff in other European cities but little to suggest London is set for a rapid demise as the region’s top banking hub. Goldman Sachs, Citigroup, JP Morgan, Morgan Stanley, Bank of America/Merrill Lynch, UBS, Credit Suisse and Deutsche Bank are seeking to fill 1,545 new roles in Britain, numbers up to January 22 show. In Germany and France - the two countries predicted to see the biggest influx of financial services from Britain as a result of Brexit - just 301 roles have been listed. Only Deutsche Bank is looking to hire more people in Germany than in Britain, with 133 German vacancies posted online compared to 132 in the UK. “It isn’t really a tsunami of hires,” said Christine Kuhl, a partner with executive placement firm Odgers Berndtson in Frankfurt. The figures do not capture numbers of existing employees who might relocate from London to other EU offices under contingency plans following Britain’s exit from the European Union (EU) or roles that are not publicly advertised. But they are forward-looking indicators of how each bank is looking to remodel their European workforce over the coming months in the face of Brexit, and suggest banks are only making modest tweaks as Britain’s EU departure approaches on March 29. “Culturally, Paris is French, Frankfurt is German but London is international. The Americans - who own this industry - want to operate in an English speaking environment. No one wants to go,” said Martin Armstrong, partner at headhunting firm Armstrong International. Other recruitment specialists reported few signs of banks preparing to bulk up in a hurry, even if Britain has to leave the EU without a deal covering financial services. The small number of moves to date have followed many months of consultations and negotiations, the headhunters said, with banks keen to avoid relocations which might prove premature or even unnecessary. “It can be done, but we are talking months, possibly longer if there are families involved,” said James Murray, a director at search firm Robert Walters. “That said, if risk takers do start to move elsewhere than that is where we could start to see real movement in terms of jobs. When the risk takers move, then surely the risk managers move, and so on,” he added.

Search firm Korn Ferry set up a Brexit task force after Britons voted in 2016 to leave the EU and met regularly to prepare for a mass transfer of talent from London to Frankfurt. But the influx hasn’t happened. One senior banker who is making the move to Frankfurt is Christoph Seibel. Seibel, a German national, left the city in 1993 to go to business school in the United States and then pursue a career in London. Mizuho poached him from RBC Capital Markets in London to become CEO of the bank’s newly headquartered EU operations in Frankfurt. He takes up the new post on March 28. Mizuho is one of 45 financial firms that Germany’s financial regulator Bafin says are setting up Frankfurt hubs after Brexit. But moves like Seibel’s are few and far between, with activity to date well short of the 6,000 financial jobs lobby group Frankfurt Main Finance previously expected to move to Germany’s largest financial hub in the event of a hard Brexit. Seven leading executive search firms contacted by Reuters reported few offerings for leadership roles in Frankfurt as uncertainty about Britain’s future trading relationship with the bloc continues. Some banks are nevertheless betting on London to retain the balance of power over rival centers in the EU, opting to base top executives and keep their European headquarters in London - for the time being at least. Citi’s new EMEA Chief Executive David Livingstone will be based in the UK capital, as will HSBC’s newly appointed global markets boss Georges Elhedery, who will relocate from Dubai to London to take up the job two weeks before Brexit. Goldman Sachs has recently expanded the role of London-based Richard Gnodde to head of the bank’s international operations while Morgan Stanley has appointed Clare Woodman to head up its EMEA business - also from London.

For now at least, head hunters say London is winning the war to retain its talent, undermining Germany’s ‘Bankfurt’ ambitions or President Emmanuel Macron’s push to swell the Paris finance industry at London’s expense. Goldman Sachs for example, which is making Frankfurt its EU hub after Brexit, is looking for just 15 roles in Germany’s financial center with most of them in compliance, tax, legal, risk management or operations. By contrast, the bank has 190 jobs advertised in Britain including I.T., compliance, human resources, as well as corporate & investment banking roles. And with the market for permanent roles seen in rude health, persuading London-based bankers to move is no easy task, with handsome pay packages and better promotion prospects central to the negotiations. “People say: ‘talk to me about jobs in Asia first, then Dublin, then Frankfurt, then Paris’ – in that order. People want big upticks and guaranteed bonuses as standard,” Darren Burns, operations director at headhunter Morgan McKinley, said. “There’s a feeling if you move to Dublin as a director now, you could be managing director in three years, whereas in Frankfurt, there is already too much competition for the top roles. The local talent is already your boss or your boss’s boss.” As banks automate more processes to cut costs, they are also recruiting more in countries where they can hire skilled workers in areas such as technology and risk management at a fraction of the cost seen in Western financial centers. After Britain, the second hottest jobs market in Europe is Poland, where 878 posts are up for grabs across Warsaw, Krakow and Wroclaw. Citi and Credit Suisse have advertised 531 roles in Poland between them, compared with an aggregated 36 posts in Germany and 8 jobs in France. Morgan Stanley has 49 vacancies in Budapest, where it opened in 2006 and now employs more than 1,300 people. “The biggest banks have been nearshoring and offshoring roles from their most expensive centers for the best part of 15 years now, entirely unrelated to Brexit,” Murray said. “If they still have jobs in London, it’s because they genuinely need or want those jobs to be in London.”