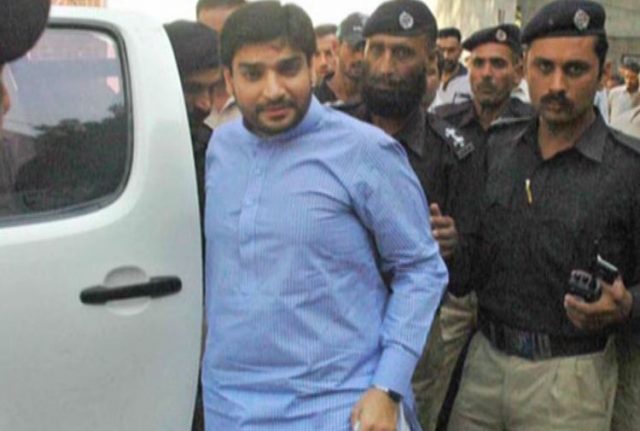 LAHORE (92 News) – Banking court on Friday ordered to auction properties of Pakistan Muslim League-N (PML-N) President Shehbaz Sharif’s son-in-law Ali Imran Yousaf. The banking court no 4 conducted the hearing of case. During the hearing, private bank’s lawyer Ahsan Masood said Imran Ali not returning loan of the bank. The counsel said that Ali Imran Yousaf was repeatedly contacted for the return of loan but he didn’t respond. The court, while issuing the advertisement, has ordered to carry out the auction on March 27. The two kanal land to be auctioned for Rs48 millions. It is pertinent to mention here that Imran Ali is facing charges of receiving Rs 130 million graft from Ikram Naveed. On August 7, in 2018, the accountability court had declared Ali a proclaimed absconder on NAB’s request. He first had appeared before NAB investigators in April but has since missed his scheduled hearings and left the country for London. Earlier, it was revealed that Ali Imran has turned out to be the owner of property worth billions of rupees. According to a report, he owns six million shares in Ali and Company, 67 shops and offices on MM Alam Road. His wife equally owns five million shares of Ali Food Proceed Developers. In addition, he has 12.5 million shares, out of total 17.5 million, of Madina Foods Proceed. He owns 6.5 million shares, out of total 10 million, of Ali and Fatima Developers. Ali Imran has a residential plot of two kanals in DHA in addition to a plot worth millions of rupees in Gulberg III. He also faces the charge of receiving Rs 130 million as bribe in Punjab Power Development Company.