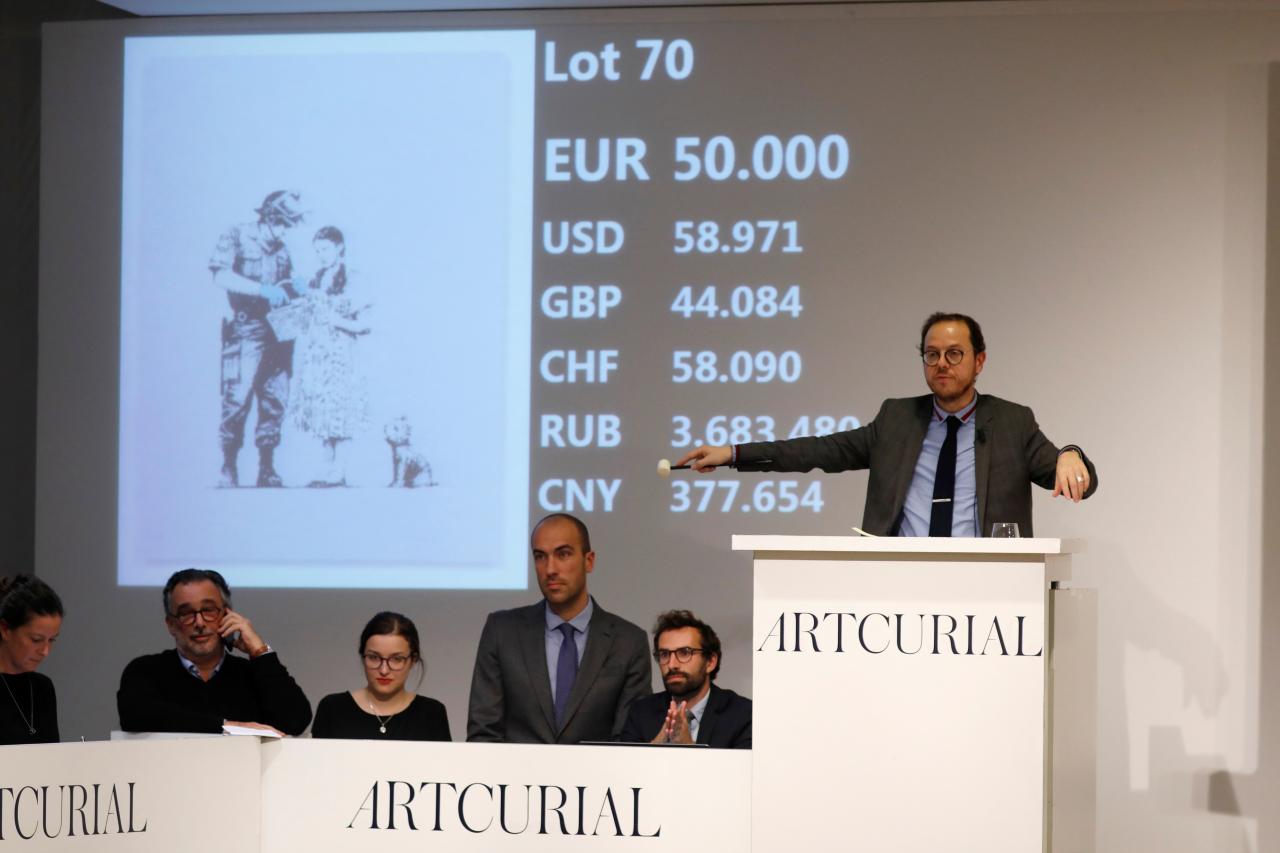 PARIS (Reuters) - Three Banksy prints were sold at a Paris auction  this time without any pranks by the British artist. Banksy’s “Girl with Balloon” painting shredded itself this month just after it was sold for more than 1 million pounds (1.1 million euros) at a London auction. Organisers at Artcurial auction house in central Paris said they had checked the artworks before the event to ensure that no surprise destruction of the pieces would take place. However, an Artcurial auctioneer told Reuters last week his company would be delighted if Banksy, whose real identity is unknown, was planning another surprise. A print of “Stop and Search”, depicting Dorothy from “The Wizard of Oz” as well as two other pieces signed by Banksy, “Queen Vic” and “Soup can Yellow/ Emerald/ Brown”, sold for more than more than 120,000 euros ($137,000) in total.