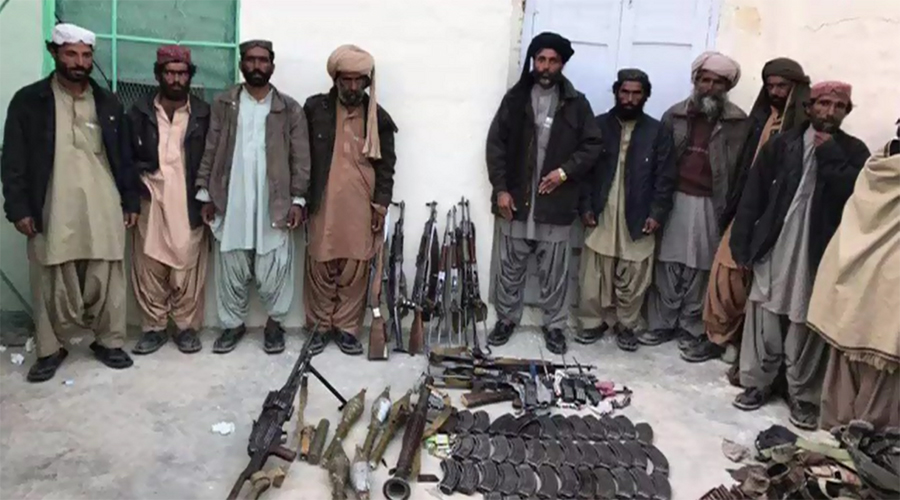 QUETTA (92 News) – A key commander of a banned outfit and his 12 accomplices surrendered to authorities with their weapons on Wednesday. They also announced to join national mainstream and work under the law and constitution of Pakistan. They also promised not to become part of saboteur activities. Sources said that the accused were involved in damaging gas installations and other saboteur activities.