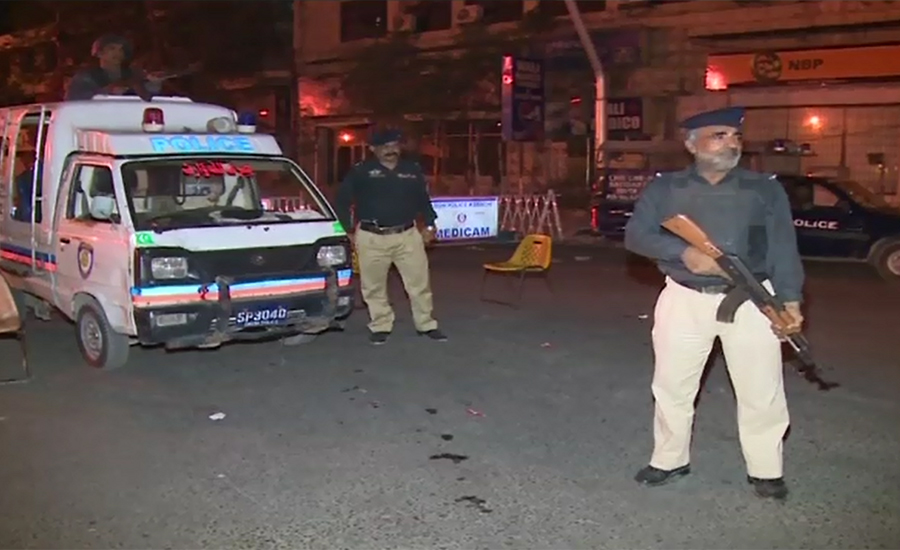 KARACHI (92 News) – Four terrorists, including a commander of a banned outfit, were killed in an exchange of fire with the police on Monday. The commander was indentified as Akbar Swati. SSP Rao Anwaar said that Akbar Swati had called his accomplices to Sachal.