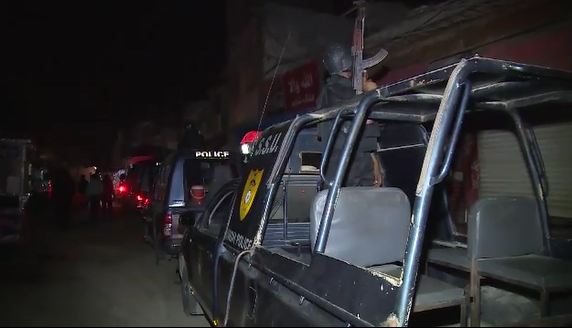 KARAHI (92 News) – Police have on Friday apprehended at least six terrorists including an important commander of a banned organization and foiled terrorism plot in Karachi’s Rizvia Colony.

As per details, on a tip off the presence of terrorists in the area, police carried out an operation in Rizvia Colony.

During the operation, the terrorists hiding in the area opened firing at police party, injuring a police personnel, in retaliation, police detained six terrorists including an important commander of a banned outfit.

Police recovered weapons, explosives and two motorcycles from the possession of terrorists, while the Bomb Disposal Squad (BDS) defused a bomb planted in one of the motorcycle seized from terrorists.