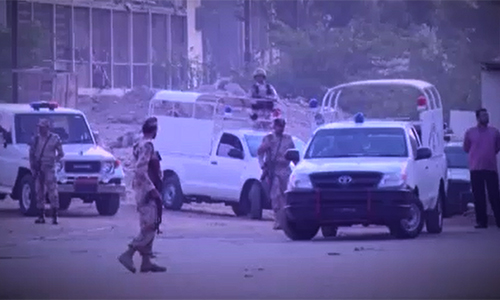 KARACHI (92 News) – The Rangers arrested six terrorists, including a commander of a banned outfit, in the Rizvia area on Friday.

The bomb disposal squad defused a bike laden with explosives. A Kalashnikov, hand grenades and other weapons were recovered from the terrorists.

Mean3while, cracker blasts were reported in North Nazimabad and Liaquatabad. However, no loss of life was reported in the blasts.