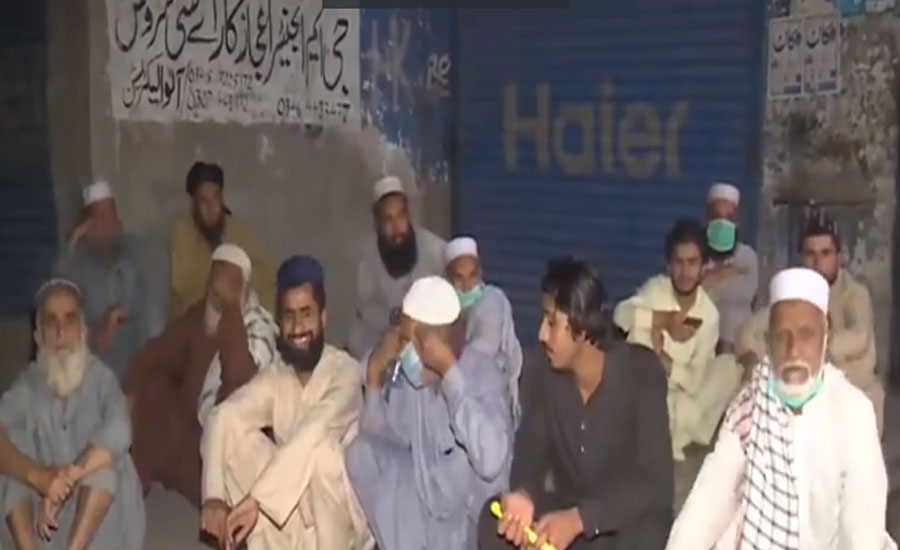 A notification issued by the Punjab Home Department on Sunday stated that Saad Rizvi's name has been placed under the Fourth Schedule of the Anti-Terrorism Act, 1997. 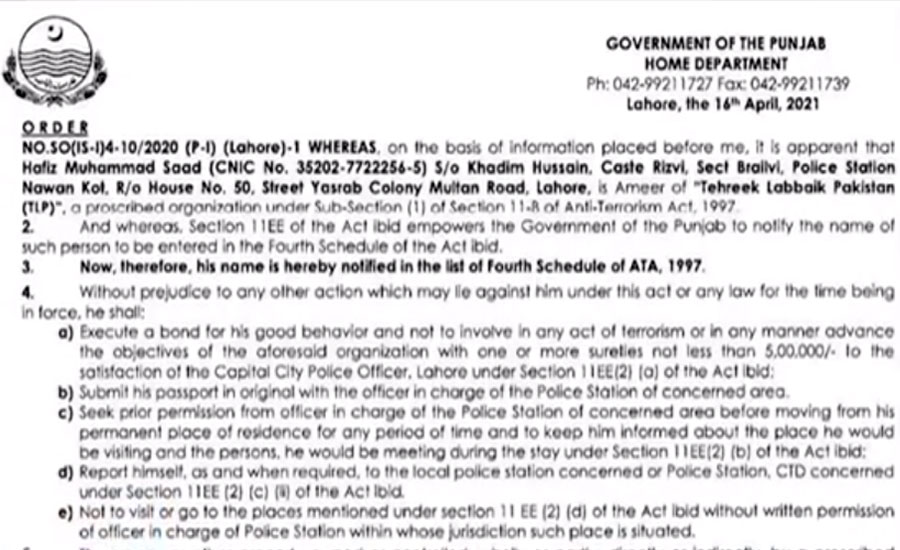 An important meeting of the Home Department was held under the chairmanship of Raja Basharat, the provincial law minister. The meeting gave approval to freeze all assets of TLP chief and to include his name in the fourth schedule.

The Home Department directed the concerned administration to immediately take possession of the assets. The meeting recommended the inclusion of six persons, including the current head of the movement, Saad Rizvi, on the exit control list (ECL).