From Barcelona to 'Boro, Man City go back to basics 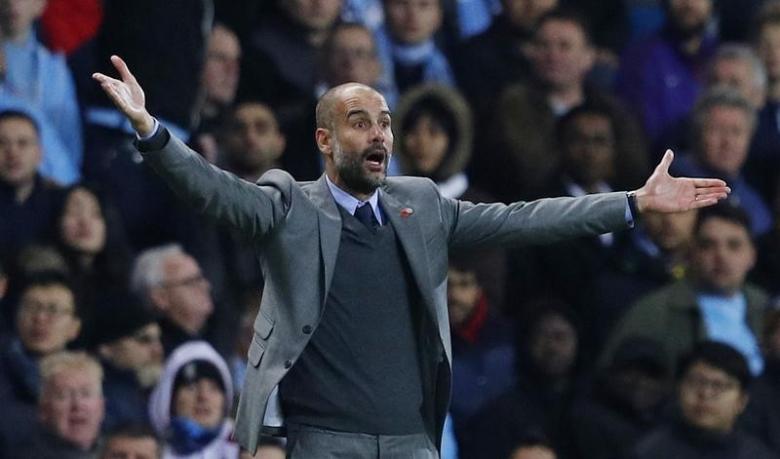 From Barcelona to 'Boro, Man City go back to basics

LONDON - After beating the 'best team in the world', playing lowly Middlesbrough on a November afternoon in the north of England should bring Premier League leaders Manchester City nicely back to earth. Saturday's home game may look like three easy, if unglamorous, points after City's 3-1 Champions League heroics against Barcelona but midfielder Kevin De Bruyne is warning against complacency. Tuesday's stunning victory followed a 4-0 thrashing of West Bromwich Albion in the league last weekend, a result that ended a sequence of six matches without a win and Pep Guardiola's worst run as a manager. "Obviously everyone will talk about it because it was Barcelona, but if you lose at the weekend it doesn’t matter (what happened in the Champions League)," De Bruyne told reporters. "We have to do the same as we did in these two games and try to win against Middlesbrough to go into the international break with a good series and try to maintain top spot in the league," added the inspirational Belgian midfielder. "It is very difficult. Everybody will give everything they have got against us. We have to do what we know how to do. The game against Middlesbrough is going to be another tough test." While City are top of the table from Arsenal and Liverpool on goal difference, Aitor Karanka's promoted side are 15th and would be happy to beat the odds and take a point. Middlesbrough held Arsenal to a goalless draw at the Emirates in October, with former Barcelona goalkeeper Victor Valdes in fine form to keep the clean sheet, and their defence is the seventh tightest in the top flight. If it is eight years since Sven Goran Eriksson's City lost 8-1 at the Riverside, home fans will have fresher memories of 'Boro's January 2015 2-0 FA Cup fourth round win at the Etihad while the visitors were still in the second tier. The game will mark a return to old haunts for former City forward Alvaro Negredo, who joined Middlesbrough from Valencia on loan in July, but the visitors are without suspended Uruguayan playmaker Gaston Ramirez. If the City game will be the Saturday highlight, Chelsea's home clash with Everton in the late kickoff should also be a sizzler. The North London derby between Arsenal and Tottenham Hotspur is the pick of the Sunday fixtures, with both sides also in midweek Champions League action, while high-scoring Liverpool take on Watford at Anfield with a chance to go top if others stumble. Manchester United travel to Swansea and champions Leicester City are at home to West Bromwich Albion. The Chelsea game will be a return to Stamford Bridge for Everton striker Romelu Lukaku, who will jump at the chance to overtake Diego Costa at the top of the league's goalscorer standings. Lukaku, who joined Everton from Chelsea on a permanent deal in 2014 after a season on loan, has seven league goals to Costa's eight. The Belgian international scored twice when the sides last met at Goodison in the FA Cup in March but fourth-placed Chelsea are reinvigorated under Antonio Conte and have won four of their last five games. -Reuters