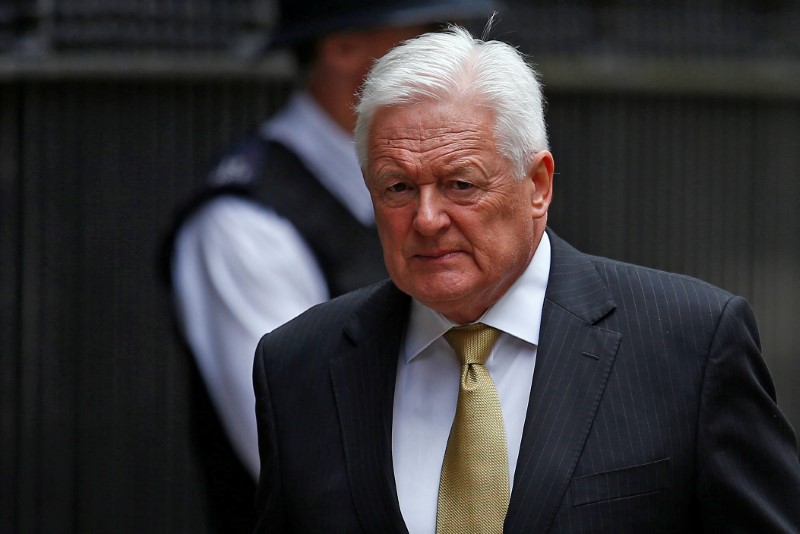 LONDON (Reuters) - Britain’s banking industry will emerge largely unscathed from Brexit and retain its position as one of the world’s top two financial centres for the foreseeable future, Barclays’ Chairman John McFarlane told Reuters. Home to the world’s highest number of banks and largest commercial insurance market, the City of London and its sister district in east London’s Canary Wharf are scrambling to prepare for Britain’s departure from the European Union, the biggest challenge the UK financial sector has faced since the 2007-2009 financial crisis. McFarlane shrugged off fears expressed by some bankers and politicians that a blueprint for Britain’s future trading relationship with the European Union, proposed by Prime Minister Theresa May, would cripple job creation and trigger London’s rapid decline as a global financial services centre. “I don’t think in the long run that there will be terminal damage [to London],” McFarlane said in an interview in his capacity as chair of lobby group The CityUK. Brexit will cost Britain up to 12,000 financial services jobs in the short term, the City of London financial district’s leader, Catherine McGuinness said  and many more jobs might disappear in the longer term. But McFarlane said London would remain Europe’s primary hub for financial services because the city has the continent’s deepest markets and broadest pool of talent, scotching doomsayers who claim the sector could end up the biggest loser from the end of unfettered access to EU markets. Supporters of Brexit admit there may be some short-term pain for Britain’s $2.9 trillion economy, but that long term it will prosper when cut free from the EU which they cast as a failing German-dominated experiment in European integration. A sharp spike in Italy’s cost of borrowing in late May also handed EU stakeholders a sobering reminder that the EU needs London’s markets as much as London needs the EU, McFarlane said. Short-term Italian bond yields suffered the biggest one-day jump since 1992 on May 29 after a fresh phase of political turmoil forced the government to pay the highest yield in more than five years at an auction of six-month debt. And when prices tumbled, London-based traders and market makers with age-old relationships with the world’s biggest investors executed the largest volume of Italian government bond trading, McFarlane pointed out. “The only reason that was dealt with is because London existed. Given that we have a competitive advantage in those areas that is not easily replicated, that is a fair argument for why people need to use this system going forward. Because it is better than the alternative,” he said.