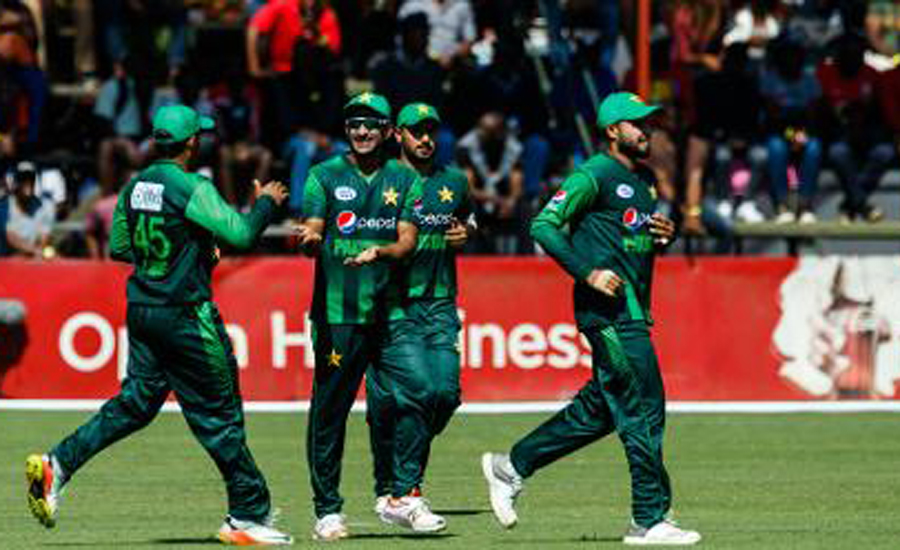 BULAWAYO, Zimbabwe – With the series already lost, Zimbabwe will play for pride in the fourth one-day international of the five-match series against Pakistan in Bulawayo on Friday and look to open their win account. After a humbling at the hands of the visitors – Zimbabwe were bowled out for 67 in the third ODI – the hosts will be itching to put their game together and prevent a whitewash. Zimbabwe have just not clicked as a team in any of the three games played so far and consequently Pakistan have dominated. Pakistan won the first ODI by a massive 201 runs and the following two games by nine wickets. Zimbabwe's highest team total in the series so far has been 194 while Pakistan notched up 308 in the first ODI. The stark contrast between the two sides can also be put down to Zimbabwe lacking many of their gun players for various reasons. A young Zimbabwe side, thus, has been found lacking against an experienced and in-form Pakistan. While Faheem Ashraf was the wrecker-in-chief for the visitors in their series-clinching game with his five-wicket haul, Usman Khan Shinwari (seven wickets from three games) has been equally effective. They have been assisted by leg-spinner Shadab Khan (five wickets). Among the batters, Fakhar Zaman seems to be in the form of his life, having notched up 220 runs in the series at a strike rate of 98.65 with a century – 117* – in the second ODI. The hosts made several changes to their playing XI for the third ODI with Prince Masvaure replacing Brian Chari, Elton Chigumbura coming in for Tendai Chatara and Liam Roche, who was handed his ODI cap this series, dropped after two matches. However, none of these changes to could inspire any confidence. To add to Zimbabwe's woes, Pakistan chased down the target of 68 in just 9.5 overs. The visitors, charging towards a series whitewash, may be tempted to make a few changes to their XI, bringing in Yasir Shah, their premier Test spinner, left-arm spinner Mohammad Nawaz and opening bat Haris Sohail. Key players Fakhar Zaman (Pakistan): The Pakistan opener averages a majestic 220 in the series from three games and he will be the No.1 threat for Zimbabwe. His partnerships with Imam-ul-Haq have been crucial for Pakistan at the top of the order. Hamilton Masakadza (Zimbabwe): When the going gets tough, it is the leader who has to lead from the front. Zimbabwe will expect their captain and one of the most experienced batsmen, Masakadza, to come out of his lean patch and get among the runs. Conditions: Bulawayo is likely to be cold throughout the day with temperatures ranging between 7 and 17°C. 58% humidity is forecast and a precipitation of 10%, which means that the game could go on without any hindrance as has been the case throughout the series. Squad: Pakistan: Fakhar Zaman, Imam-ul-Haq, Mohammad Hafeez, Shoaib Malik, Babar Azam, Asif Ali, Sarfraz Ahmed (c), Mohammad Nawaz, Shadab Khan, Faheem Ashraf, Mohammad Amir, Junaid Khan, Usman Khan, Yasir Shah, Hasan Ali, Haris Sohail Zimbabwe: Hamilton Masakadza (c), Tinashe Kamunhukamwe, Ryan Murray, Peter Moor, Tarisai Musakanda, Blessing Muzarabani, Liam Nicholas Roche, Malcolm Waller, Brian Chari, Chamu Chibhabha, Elton Chigumbura, Tendai Chisoro, Tendai Chatara, Wellington Masakadza, Richard Ngarava, Donald Tiripano. – Courtesy ICC