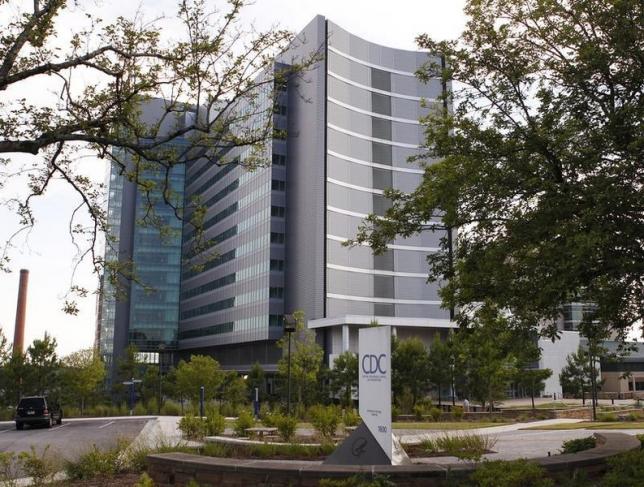 CHICAGO/NEW YORK - With painstaking effort, a group of Chicago hospitals has managed to cut by half the number of infections caused by an especially deadly type of superbug. Now US health officials want that kind of campaign to go national. The White House on Friday told the US Centers for Disease Control and Prevention to slash rates of infections from antibiotic-resistant bacteria by 2020 as part of a plan to prevent patient deaths and curb overuse of antibiotics administered to humans and animals. The CDC is pointing to the success of the Chicago Prevention Epicenter, one of five such CDC-funded programs nationally that coordinate research between local scientists and public health officials. The Chicago study focused on four long-term acute care hospitals, which tend to have above average rates of carbapenem-resistant Enterobacteriaceae, or CRE, called a "nightmare bacteria" because even the strongest antibiotics fail to subdue it. "When it comes to antimicrobial resistance, for many of the threats that we face, we know what to do,” CDC Director Dr. Tom Frieden told Reuters in an interview. "We just need to get it done." The program involved testing all patients for CRE infections at the time of admission and again two weeks later. Patients who developed CRE were isolated in a private room or in a ward with other CRE-infected patients. Healthcare workers wore protective gowns while tending to them, using some of the procedures used when caring for patients with Ebola. All infected patients were bathed in chlorhexidine gluconate, an antiseptic commonly used in hospitals. At the end of three years, cases of CRE infections fell by half, Dr. Michael Lin, an infectious disease expert at Rush University Medical Center in Chicago, told Reuters. Lin said the exact protocol might not be suitable for the average US hospital, but shows how a focused strategy can help the CDC reach its goals. The World Health Organization has declared antibiotic resistance a global emergency. In the United States, it causes 2 million serious infections and 23,000 deaths each year, according to CDC estimates that some health experts consider conservative. Many of these infections occur in hospitals. CDC estimates that at any given time, one in 20 hospital patients has an infection resulting from medical treatment. The agency plans to work with hospitals and health departments across the country to develop surveillance programs to monitor and reduce infections and to promote “antibiotic stewardship” programs to stem over-prescription of antibiotics. While the CDC has no regulatory authority, the government’s Medicare and Medicaid health insurance programs require all participating hospitals to develop a stewardship strategy within three years. Failure to do so would disqualify them from the health plans. In January, President Barack Obama's administration proposed doubling the government's spending on tackling antibiotic resistance to $1.2 billion.  Obama said on Friday that the new superbug plan “spells out exactly where the money would go.” TALL ORDER The president's plan for the CDC calls for a 60 percent reduction in CRE infections by the end of this decade and halving infections caused by clostridium difficile, a deadly diarrheal bug, as well as life threatening bloodstream infections caused by methicillin-resistant Staphylococcus aureus or MRSA. The agency also wants to address the over prescribing and overuse of antibiotics, which allow microbes to develop resistance to drugs, in a more organized way. Many states, however, do not collect data on drug-resistant infections. A 2013 poll by the Association of State and Territorial Health Officials found that just half of 34 states that responded collected surveillance data related to antimicrobial resistance. Only 12 percent received state funding to do so. As part of his budget request for 2016, Frieden wants to support surveillance programs in each state. CDC also wants to encourage more hospitals and health systems to feed data on antibiotic prescription patterns to its national database. The CDC collects data from 5,000 US hospitals on drug-resistant infections, but only 70 use a program that feeds their data on prescriptions to the agency, said Dan Pollock, chief of the CDC's surveillance branch. The agency wants to help more hospitals connect with the national database. "We've got a long way to go," Pollock said. CULTURAL RESISTANCE More than half of all hospitalized patients will get an antibiotic at some point during their stay, but studies have shown that 30 to 50 percent of antibiotics prescribed in hospitals are unnecessary or incorrect, contributing to antibiotic resistance. Recognizing that much of the misuse of antibiotics occurs outside of hospitals, the White House plan gives doctors who take part in Medicare or Medicaid three years to start reporting their antibiotics prescriptions, with financial incentives and penalties attached. Turning that tide can take significant resources and meet with resistance from doctors, experts said. "It’s not a simple thing to do," said Dr. B. Joseph Guglielmo, dean of the school of pharmacy at the University of California, San Francisco. Patients often see antibiotics as an essential part of their treatment and doctors weigh that against potential harm they may cause in the future. California already requires hospitals to have programs that typically include continuous review of what antibiotics each patient is receiving and designate experts consulting with the primary care team about whether they can be discontinued. Making such programs part of national health insurance requirements will encourage others to follow, said Dr. Kavita Trivedi of Stanford University School of Medicine and a spokeswoman for the Society for Healthcare Epidemiology of America. "You can be sure that if (Medicare) requires it, hospitals will find a way to fund antibiotic stewardship programs, just as those in California did.” - Reuters