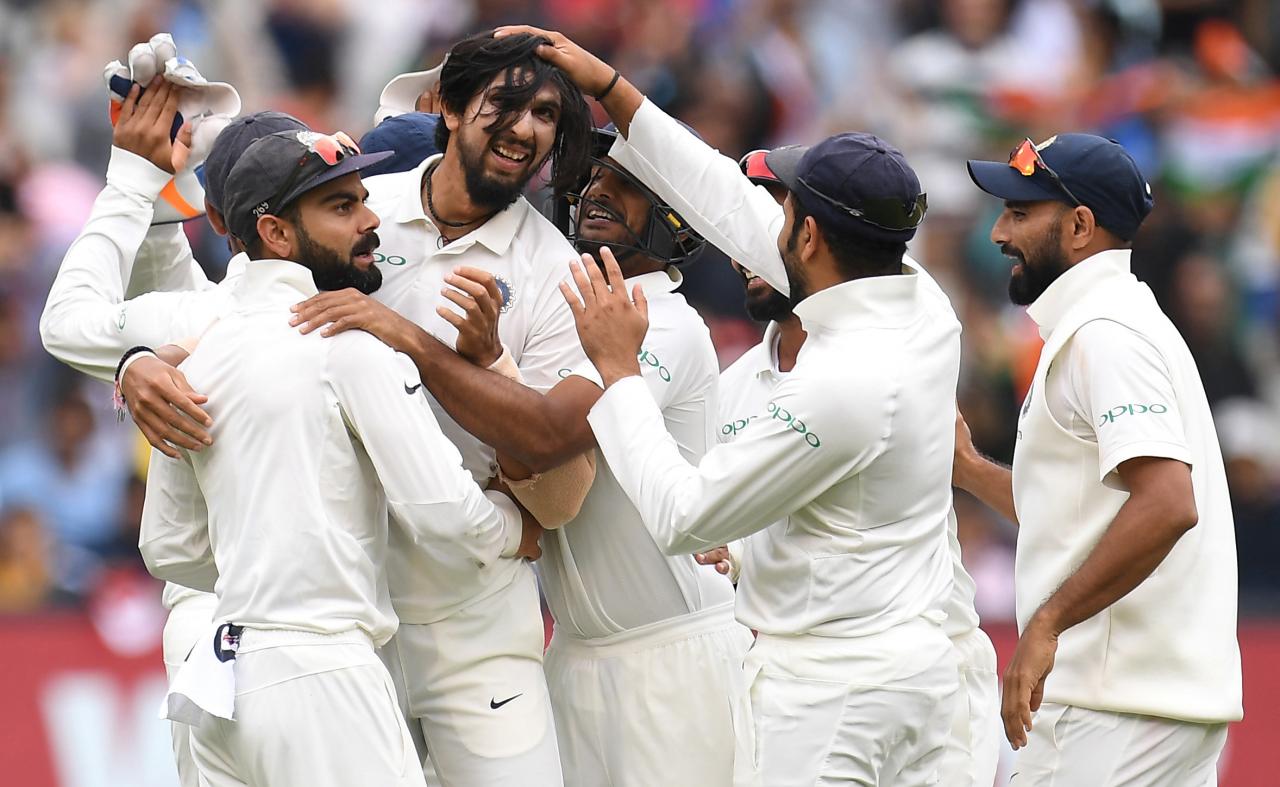 MELBOURNE (Reuters) - Australia captain Tim Paine praised India’s bowling attack for securing victory in the third Test on Sunday, but believes the result could have been different had Steve Smith and David Warner been available for the home side in Melbourne. A rebuilding Australia slumped to a 137-run defeat to fall 2-1 behind in the four-match series after their batsmen surrendered meekly for 151 in the first innings and 261 in the second at the Melbourne Cricket Ground. India, by contrast, declared both times they batted before setting Australia a daunting victory target of 399 runs. Comfortably the side’s leading Test batsmen, former skipper Smith and Warner still have three months to serve of year-long bans for ball-tampering against South Africa in March, a scandal that dragged Australia’s reputation through the mud. Opener Cameron Bancroft, the third player sanctioned for the Cape Town incident, has just become eligible for international cricket after his nine-month suspension expired . “If you take two or three of the best players out of anyone’s lineup, you’re going to struggle a little bit at times and you’re going to have inconsistent performances and that’s what we’re seeing,” wicketkeeper Paine told reporters. “If you took (Cheteshwar) Pujara and Virat (Kohli) out of India’s side, I think you’d have the same conversation. “If you’ve got world class players that aren’t in the team... Are they going to add to our team? I think they will. “Whilst at the moment it’s challenging and everyone’s frustrated, it is what it is and everyone’s working as hard as they possibly can, and we’re getting guys getting experience in high pressure situations and learning on the job. “The silver lining is that we have got world class players that are available soon to come back into this side and clearly when they do it will make a difference.”

India number three Pujara, who scored 123 in the first Test in Adelaide and 106 in the first innings in Melbourne, leads all scorers for the series with 328 at an average 54.66, ahead of Kohli’s 259. Travis Head, with 217 runs, is the sole Australian batsman in the top-five on the list and also the only one with an average higher than 30 for the series, which concludes with the fourth and final Test in Sydney starting on Thursday. Not one Australian has managed to secure a century so far and tail-ender Pat Cummins’s 63 was the highest score by the home side in Melbourne, an embarrassment for his top-order team mates. Paine felt it understandable his makeshift batting lineup would struggle at the MCG against India’s formidable pace trio of Jasprit Bumrah, Ishant Sharma and Mohammed Shami, with wily left-arm spinner Ravindra Jadeja added to the mix. “I think it’s inexperience, it’s pressure, it’s India’s bowling attack (who) are as good as probably most of these guys have ever faced,” the skipper added of Australia’s batting woes. “I think it’s pretty common that you will see that when you’ve got inexperienced players playing in your top six against high quality bowling.”