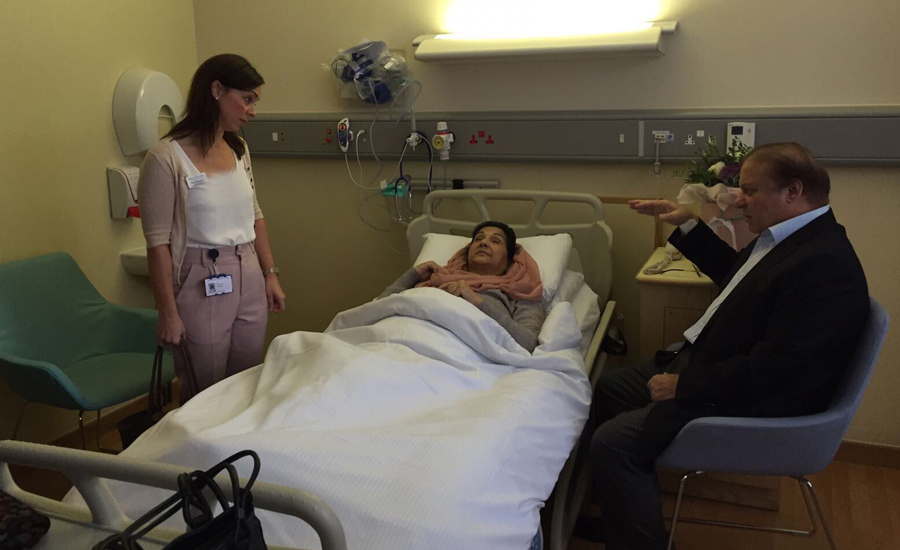 LONDON (92 News) – Kulsoom Nawaz, the wife of former prime minister Nawaz Sharif on Monday was discharged from hospital. The ex-PM’s wife was admitted to hospital after her condition deteriorated on Sunday. Begum Kulsoom Nawaz's two sons Hassan Nawaz and Hussain Nawaz accompanied her as she was discharged from the medical facility and was shifted to Myafairs apartment. The former premier’s wife was diagnosed with throat cancer last year.