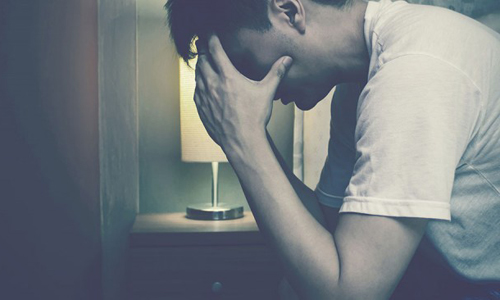 QUEBEC- Insomnia patients who focus on behavioral changes may be less stressed and more functional during the day than counterparts relying on medication, a recent study suggests. Researchers offered 160 adults with chronic insomnia six weeks of treatment with cognitive behavioral therapy (CBT); half of them were also randomly selected to take medication in addition to counseling. At the end of this experiment, patients in both groups slept better, but only the people who received therapy alone reported significant reductions in how much sleep impacted their daytime functioning and things like memory, concentration and quality of life as well as declines in anxiety, depression and fatigue. “Most individuals with insomnia seek treatment, not necessarily because of the nocturnal insomnia symptoms, but when they start experiencing the negative daytime consequences of these night time sleep difficulties on their energy, mood, and mental abilities,” said lead study author Charles Morin of Laval University in Quebec City. “Showing that cognitive behavior therapy improves not only sleep but also daytime functioning and quality of life is thus very important and should give hope to patients who have suffered chronic insomnia,” Morin added by email. One in three adults have occasional insomnia, and one in 10 are chronic sufferers who routinely sleep less than 6.5 hours a night for several months at a time, according to the American Sleep Association. Most people have insomnia as a result of physical or mental illnesses, medication side effects, or from smoking or drinking too much caffeine and alcohol. The condition becomes more common with age, and typically affects more women than men. Stress, shift work and frequent travel across time zones can make matters worse. For the current study, researchers focused on adults with chronic insomnia who were at least 30 years old. All of the participants received six weekly 90-minute group therapy sessions; the half also assigned to take drugs were prescribed zolpidem (Ambien). After this initial treatment for acute insomnia, people getting therapy, with or without medication, were again randomly divided into groups who would continue getting intermittent CBT over six months or who got no further therapy sessions. Those who continued getting therapy reported more additional improvement over the long term than the people who stopped counseling after six weeks, the study team reports in Behavior Research and Therapy. One limitation of the study is that researchers didn’t test the effects of taking medication without cognitive behavioral therapy, the authors note. This makes it impossible to determine whether counseling on its own would be better than only using prescription sleep aids. Though the study didn’t look at safety, zolpidem has some side effects including drowsiness, headaches, memory loss and suicidal thoughts. While the findings don’t suggest doctors should stop prescribing sleep aids, the results do help to make a case for physicians to consider cognitive behavioral therapy as a good first option for some patients, said Patrick Finan, a researcher at Johns Hopkins University School of Medicine in Baltimore. “These findings suggest that cognitive behavior therapy alone is better than cognitive behavior therapy plus zolpidem for daytime symptoms,” Finan, who wasn’t involved in the study, said by email. “It is generally preferable to employ as few interventions as possible to achieve a desired effect,” Finan added. “These findings support the notion that less is more.” -Reuters