Benazir had promised not to return country before elections, says Pervez Musharraf 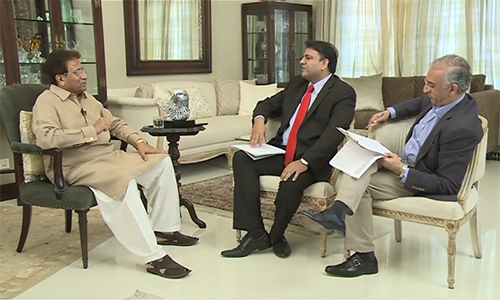 Benazir had promised not to return country before elections, says Pervez Musharraf

KARACHI (92 News) – Former president Pervez Musharraf has termed the statement of US journalist Mark Seigel in the Benazir murder case as a pack of lies. In 92 News Program ‘Ho Kaya Raha Hey’, he said that Mark Seigel lobbies after getting money. “Our agencies had informed that there was a threat to Benazir Bhutto. The UAE government also sent a letter about Benazir Bhutto,” he maintained. He said that it should be known that who had asked BB to come out of the vehicle. Pervez Musharraf said that COAS is a dedicated soldier. “People go to the COAS to seek help. The army will be happy if there will be peace in the country.” He said that Taliban would return to Afghanistan after the exit of Taliban. He added that it is unknown how 'Daesh' was formed and from where it started. "Nawaz Sharif and Zardari have never given the idea on Kashmir?" he said. "The Muslim League factions should unite under one banner," he said. Pervez Musharraf said that he was disappointed by Imran Khan. "Imran is alone and would remain alone. The prime minister should do governance, not politics. He should also avoid nepotism," he added.