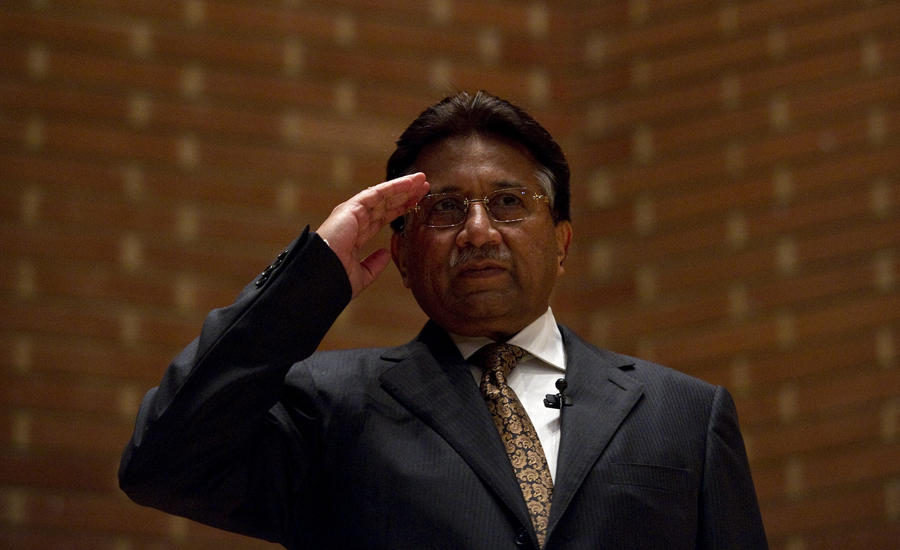 ISLAMABAD (92 News) – The bench formed in the treason case against former president was dissolved on Thursday after General (r) Pervez Musharraf’s raised objection on one of the bench member. Chief Justice Peshawar High Court Justice Yahya Afridi reclaimed himself from the bench after Musharraf's lawyer said Justice Afridi was former chief justice Iftikhar Chaudhry's lawyer. Earlier, a special court had directed the interior ministry to seize properties of General (r) Pervez Musharraf in treason case against the former president. The court, in the written order, had previously also directed the Ministry to cancel the CNIC and passport of Pervez Musharraf. Musharraf faces five basic allegations in the high treason case. Firstly, Musharraf committed the crime under Article 6 by issuing an order as the Army Chief on November 3. He had issued the order to re-administer the oath to judges. Secondly, Musharraf had ordered to more amend the constitution on November 14, 2007. Thirdly, he had issued an unconstitutional interim order on December 14, 2007. Legal experts say that the person committing high treason could be hanged or awarded life term on proving the crime.