Berlinale calls on the 'Kindness of Strangers' with opening film 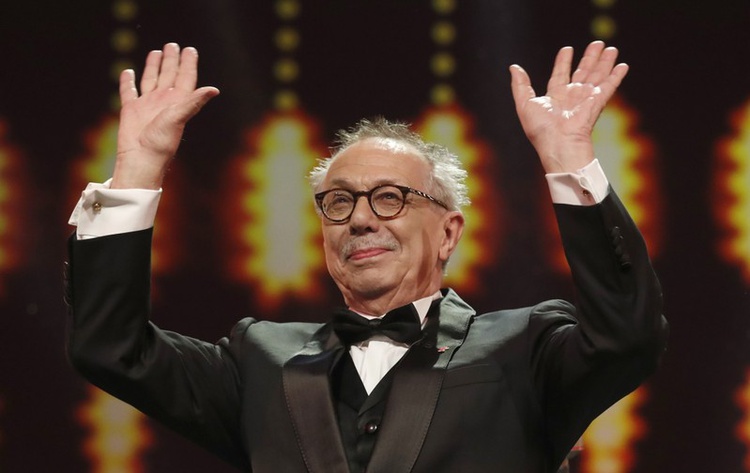 Berlinale calls on the 'Kindness of Strangers' with opening film

BERLIN (Reuters) - The ability of the weak to hold their own against the powerful loomed over the first day of the Berlinale, in which “The Kindness of Strangers”, an ostensibly apolitical film, explored themes of injustice and inequality amid great wealth.

Lone Scherfig's story of homelessness and uncertainty in contemporary America is surprisingly optimistic. Kicking off the Berlinale with a tale of hope, the work offers humor to compensate for its lack of credibility.

Danish director Lone Scherfig’s film tells the story of a penniless mother (Zoe Kazan) fleeing with her children to New York to escape the clutches of her violent husband, a policeman who uses his connections to track her through her flight. Clara scavenges with great ingenuity to provide for her children amid the opulence of the metropolis, forging ties with strangers - a nurse, a drifter, a cook, a lawyer - with whose aid she turn the tables on a husband who held all the cards. British actress Andrea Riseborough, who plays one of those strangers, on Thursday drew parallels with Donald Trump, another citizen of New York who is now US President, saying that generosity gave the poor strength against the powerful. “The world is watching agog at this New York tycoon, with so much focus on how we created this monster,” she said. It helped instead to focus on those “who’ve been helping people for years and years, to focus on that infrastructure that’s already in place and to ... celebrate it is really important at this time.” Festival director Dieter Kosslick, who bows out this year after his 18th season, summed up this year’s line-up with the words “the personal is political”, a motto that Scherfig embraced in a post-screening news conference. “(The characters) are not political creatures but ... the juixtaposition of very luxurious New York and the soup kitchens in it is I hope a way to address these political issues in a kind of intimate way,” she said.

'Lego Movie' sequel hopes to build on the first

Scherfig’s opening film is one of 17 that will compete for the Berlinale’s coveted Golden Bear award, granted by a jury chaired this year by actress Juliette Binoche, who stressed the role of film in a divided world that was beset by crises. “The world is quite egotistical at the moment,” she told reporters. “Rich countries (are) closing their borders, and also with climate change.” Praising Kosslick for a line-up in which almost half the films were directed by women, she also addressed the case of her long-time collaborator Harvey Weinstein, who is on trial over sexual assault allegations. “I could see he had problems but as a producer he was wonderful most of the time,” she said. “We shouldn’t forget that even though it has been difficult for directors, some directors and actors and especially actresses. I want to say peace to his mind and let justice do what it needs to do.”

In 2015, with Germany facing turmoil after flinging its doors open to a million refugees, Berlin repurposed a defunct airport to house them, creating an ad hoc village that is the setting for a film to premier at the Berlinale film festival.

Built by forced labour on the orders of Adolf Hitler’s architect Albert Speer, Tempelhof Airport is a mirror of its city’s history, serving as West Berlin’s lifeline during the 1948 Soviet blockade.