Bets off for Britain's bookies after horse flu outbreak 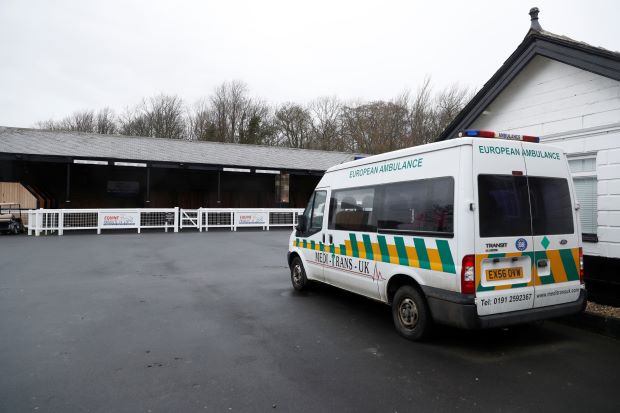 Bets off for Britain's bookies after horse flu outbreak

LONDON (Reuters) - A shutdown in British horse racing due to an outbreak of equine influenza is costing the bookmaking industry tens of millions of pounds, Betfair said  and could get much worse if the outbreak is prolonged. Race meetings will be postponed in Britain until at least the middle of next week because of the outbreak, the British Horseracing Authority said. That means that Betfair’s Super Saturday hurdle day of racing at Newbury in southern England has been canceled, and puts at risk higher profile events to come. While all bets are off in the racing stakes, bookmakers have started taking wagers on how long the suspension will last. “It’s far from ideal for us... we sponsor all seven races,” Betfair’s head of media Barry Orr told Reuters. He said he was not sure if the Newbury event would be rescheduled. “From a bookmaking point of view, the cost is running into tens of millions of pounds. If it was a prolonged period, like we had with foot and mouth in 2001, we’d be talking hundreds of millions of pounds across the industry.” The prestigious Cheltenham Festival was canceled in 2001 after foot and mouth disease ravaged British agriculture and took months to bring under control as millions of sheep and cows were culled. This year’s Cheltenham Festival is scheduled to begin on March 12, and Orr said that the exponential growth of the betting industry in Britain since then could mean that a similarly prolonged shutdown could result in much bigger losses. Saturday’s Newbury event had been scheduled to host trials for Cheltenham on Saturday, Orr said, adding that last year’s Gold Cup winner Native River had been due to run. Shares in Paddy Power Betfair, GVC and William Hill all fell between 2-4 percent when the suspension was announced. Horse-racing accounts for half of over-the-counter bets and a quarter of online sports bets in Britain, according to Numis Securities analyst Richard Stuber. For those betting on the length of the racing suspension, the odds on it being lifted “before Feb. 18” are at 1/5, according to gambling odds aggregator Oddschecker, while the possibility of the suspension lasting until March 1 and beyond is priced at 5/1.