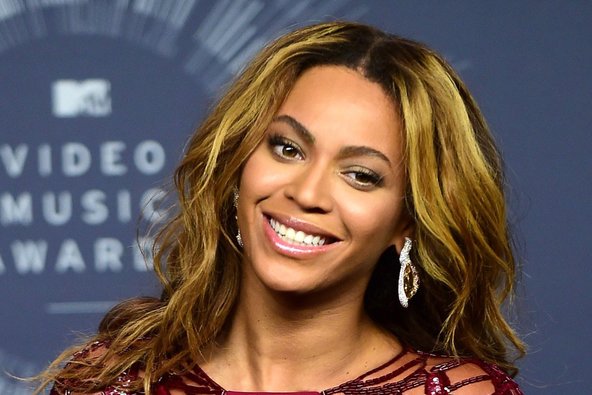 NEW YORK - Beyonce's critically-praised visual album "Lemonade" earned the R&B singer a career-best 11 nominations for the MTV Video Music Awards, in a list that included multiple nods for Adele and rapper Kanye West but nothing for Taylor Swift. Adele's YouTube-shattering video for her 2015 comeback single "Hello" notched seven nominations, while the sultry British singer earned an eighth mention for "Send My Love (To Your New Lover)." The controversial video for West's "Famous" - which features portrayals of 12 nude celebrities including Swift sleeping next to the rapper - got two nominations, including the top award of video of the year. Swift and West have been publicly feuding for months about whether the pop star approved lyrics in which West boasts about making her famous. Swift, 26, the top-earning celebrity in the world, has dominated music awards shows in the past five years and won four MTV music video prizes in 2015, including for her single "Bad Blood" with Kendrick Lamar. But this year she did not score any nominations after touring worldwide for much of 2015, despite releasing videos for "Out of the Woods" and "New Romantics" in late 2015 and early 2016. The coveted video of the year category pits Beyonce's politically-charged video for "Formation" against Adele's "Hello," Canadian rapper Drake's "Hotline Bling," Justin Bieber's "Sorry" and West's "Famous." The MTV Video Music Awards, which have a reputation for irreverence and shock tactics, take place this year in New York City on Aug. 28 and will air live on MTV. The awards are voted on by fans, starting on Tuesday. A host for the 2016 show has yet to be announced. Beyonce's album "Lemonade" in April featured music videos for each track and was praised for its bold songs about betrayal and revenge. Videos from the album also scored nominations for choreography, art direction, and editing. Rihanna scored multiple nominations for her collaborations with DJ Calvin Harris on "This is What You Came For," and with Drake on "Work." British artist David Bowie, who died unexpectedly in January of cancer days after releasing a new album, also made it onto the list with nominations for best direction, art, editing and cinematography for his singles "Blackstar" and "Lazarus." -Reuters