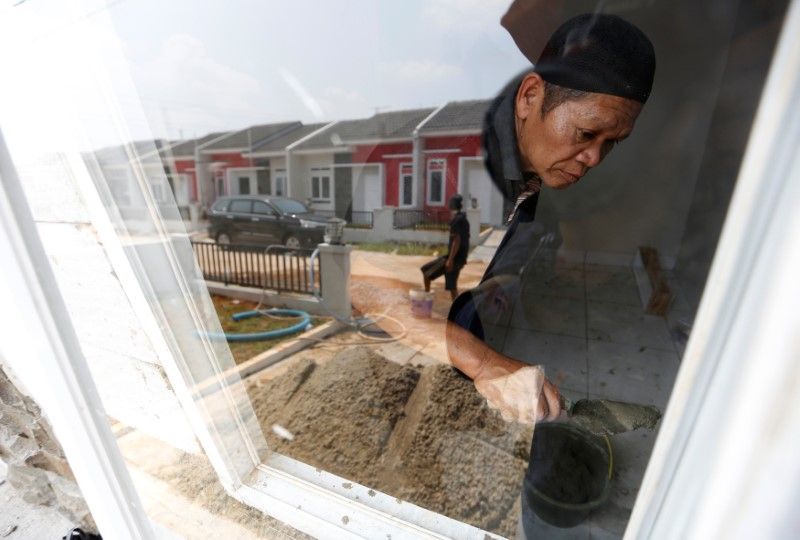 JAKARTA (Reuters) - As Indonesia’s central bank drives up interest rates to defend a fragile currency, Governor Perry Warjiyo is banking on a revival of the sluggish property sector to help maintain growth momentum in Southeast Asia’s biggest economy. Five years ago, luxury Indonesian apartment prices skyrocketed amid a commodities boom that saw some wealthy buyers pay cash upfront. The boom’s end, slower economic growth and rules to curb property speculation slammed on the brakes. Now, authorities want to encourage buying. From August, the central bank is scrapping its 15 percent minimum mortgage downpayment for first-time homebuyers and relaxing rules on loan disbursements, in a bid to support listless credit expansion. “We need to support our economic growth,” Warjiyo said in a recent interview, asserting that property can have a multiplier effect on other sectors. This comes as Indonesia is caught in the crosshairs of an emerging market sell-off that caused the central bank to raise interest rates by 100 basis points in six weeks, to defend the rupiah. Filianingsih Hendarta, a senior Bank Indonesia (BI) official, estimates the eased mortgage rules will add 0.04 percentage points to economic growth this year. That sounds small, but Indonesia’s higher interest rates will reduce its growth pace, making a net gain from the rule changes welcome. BI’s growth forecast is 5.1-5.2 percent, compared with 2017’s 5.07 percent. But given the absence of a hot commodity market and the rising interest rates, seeking to make property an economic pillar might highlight authorities’ lack of credible policy options in the current environment.

Standard & Poor’s expects property sales to be flat this year despite BI’s new measures. “We don’t think there will be a major recovery, everything will probably move at pedestrian pace until the second half of 2019, after elections at best,” analyst Kah Ling Chan said, referring to parliamentary and presidential polls next April. In recent years, Indonesia’s biggest online housing broker Rumah123.com, part of Australia’s REA Group, has recorded sluggish sales. “The number of buyers seems to be stagnant now,” country manager Ignatius Untung of Rumah123.com said. Bankers have said they will not completely remove downpayments and instead will adjust the interest rates on home loans based on a customer’s risk profile. Roosniati Salihin, deputy president director of Bank Panin, said tepid demand is a major problem for property. “The market needs to be reinvigorated. The banking sector is only waiting for customers to walk in,” she said. Soelaeman Soemawinata, chairman of the Real Estate Association of Indonesia, said its “most optimistic scenario” is for the number of units sold to increase by 10 percent in the next year. “But the property industry is hard to predict,” he said. “People’s psychology affects this.”

The younger generation prefer to rent than purchase a home, said Handayani, consumer banking director of Bank Rakyat Indonesia. “Kids nowadays prefer to rent and to travel whenever they have spare money,” she said. Even if banks start requiring no downpayment at all, that would mean higher installments for customers, which won’t sit well given higher interest rates, said Aldi Garibaldi, senior associate director of Colliers International Indonesia, a property services firm. He said he does not think BI’s measures will be enough to spur demand. While BI’s easing is welcome, the central bank should take it up a notch by scrapping rules on the maximum number of credit facilities per person and allow banks to dispense more cash upon signing loan documents, said Adrianto Adhi, president director of developer Summarecon Agung. BI’s announcement on mortgages has spurred some young Indonesians to consider home-ownership. Newly-married Khaerul Estian, a 28-year-old who works in a bank, has stated looking. He hopes not to have to make any downpayment, given small savings. But Estian intends to buy, even if higher interest rates raise the ultimate cost. “It’s a risk, but the most important thing is to own a house,” he said.