Biden says Major, his German Shepherd, is out of the dog house 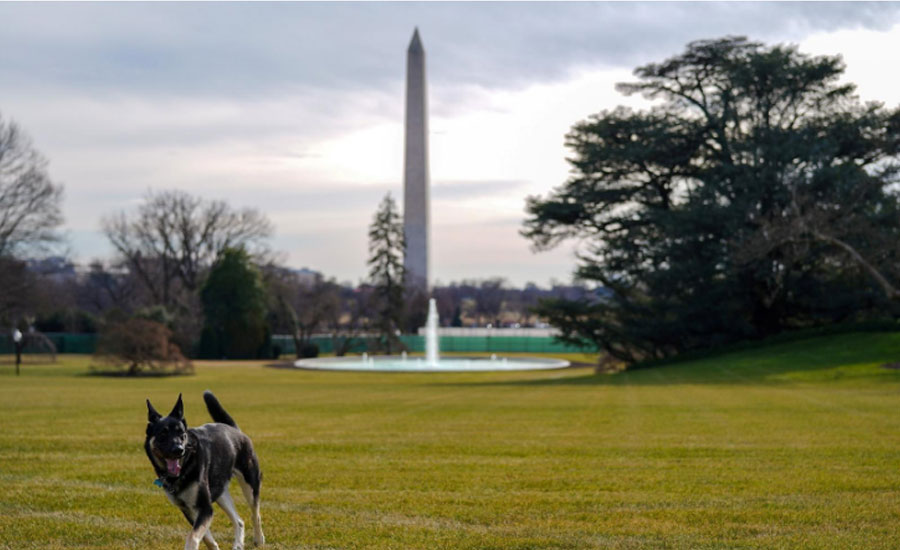 Biden says Major, his German Shepherd, is out of the dog house

WASHINGTON (Reuters) - President Joe Biden says his rescue dog, a German Shepherd named Major, is being trained after an incident last week but has not been banished from the White House, adding the pet is still adjusting to life there surrounded by strangers.

“Major did not bite someone and penetrate the skin,” Biden told the ABC program “Good Morning America” in an interview that aired on Wednesday.

“You turn the corner and there’s two people you don’t know at all and they move, and he moves to protect,” Biden added, referring to U.S. Secret Service and other staff who the German Shepherd encounters at the 18-acre (7-hectare) White House complex.

“He’s a sweet dog. Eighty-five percent of the people there love him. All he does is lick them and wag his tail,” said Biden, who moved into the White House with his two dogs after he became president in January.

“The dog’s being trained now. ... I didn’t banish him to home” in Delaware, Biden added.

The White House last week said the dog had returned to Biden’s home state while the president and first lady Jill Biden were traveling but did not directly address media reports of an incident involving security staff.

Asked if Major was now “out of the dog house,” Biden said: “Yes.”

Biden adopted Major in 2018 from the Delaware Humane Society to join his other German Shepherd. That dog, Champ, is already familiar with Washington life. Biden got Champ in 2008, the year he was elected vice president under President Barack Obama.