Biggest issue in region is Kashmir, which can be resolved through dialogue: PM 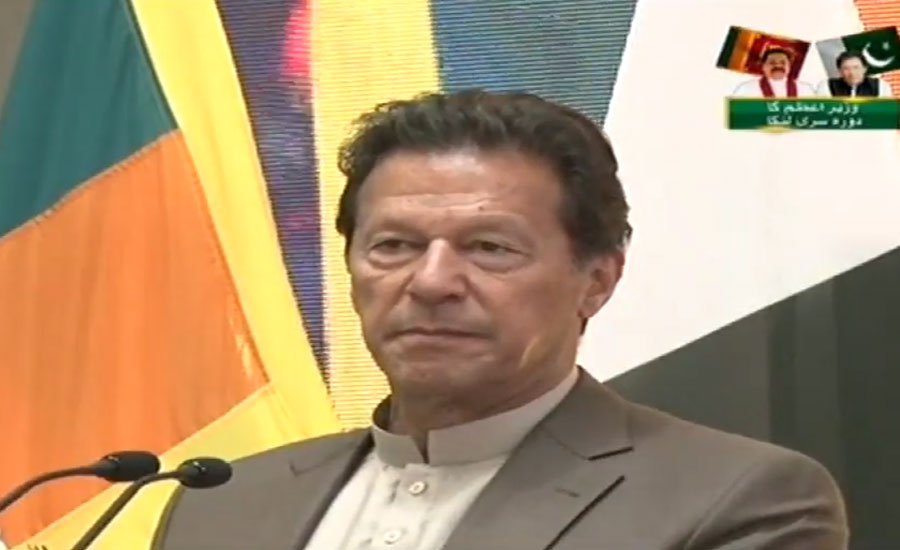 Biggest issue in region is Kashmir, which can be resolved through dialogue: PM

COLOMBO (92 News) - Prime Minister (PM) Imran Khan has said on Wednesday that the biggest issue of the region is Kashmir, which can be resolved through dialogue.

Addressing the first Pakistan-Sri Lanka Trade and Investment Conference in Colombo, the prime minister emphasized on improving trade links among the countries of the sub-continent to bring people out of poverty.

He said the way forward for the sub-continent is to resolve differences and improve trade relationship. "Our difference is only Kashmir issue, which should be resolved as per the UN resolutions," he added. He said differences can only be resolved through dialogue.

Imran Khan mentioned that the conflicts and war were not the solution to the problems, he approached India to increase trade and reduce tensions but not successful. "Trade relations in the region will have to be built in the style of the European Union," he suggested.

The Prime Minister said our problems are subservient to trade and investment. Imran Khan said he came to politics with the dream of a welfare state and poverty alleviation.

He said we can learn from Sri Lanka in tourism. He said Pakistan has enormous potential in tourism, including unique mountains, coastal line and also religious tourism.